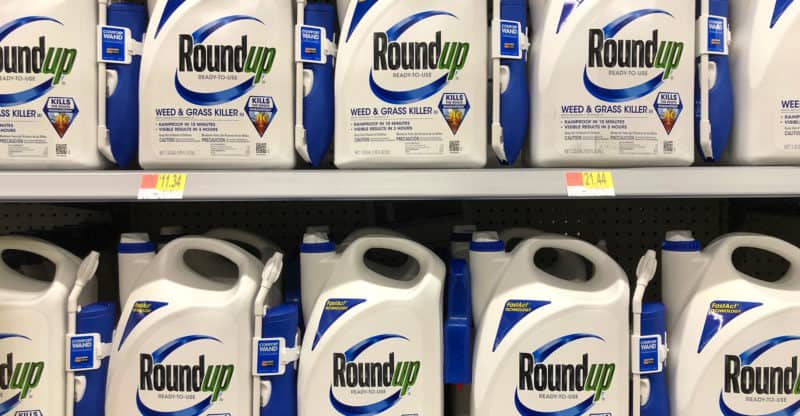 A jury in California has awarded a couple $2 billion as part of a lawsuit against Monsanto, a subsidiary of Bayer. The verdict marks the third court decision involving claims that Roundup weed killer causes cancer.

The California jury ruled that the couple, Alberta and Alva Pilliod, contracted non-Hodgkin’s lymphoma due to exposure to Roundup, a glyphosate-based herbicide. Alberta and Alva were awarded $1 billion each, and an additional $55 million was awarded in compensatory damages.

The company maintains that there is no link between Roundup weed killer and non-Hodgkin’s lymphoma.

In March, another California jury awarded $80 million to a man who claimed that his extensive use of Roundup caused his cancer. Another jury awarded $289 million in August 2018. The judge later slashed the payout to $78 million. The company is appealing these verdicts.

The results of the appeal will ultimately affect the strength of Bayer’s defenses in future cases.

Bayer argued that the couple had “long histories of illnesses known to be substantial risk factors for non-Hodgkin’s lymphoma.” The company said that most cases of cancer have unknown causes, and claimed that there wasn’t enough evidence to support allegations that Roundup caused their cancers.

Bayer argues that decades of research shows that Roundup and its active ingredient glyphosate are safe.

However, research published in February in the Mutation Research journal found that exposure to glyphosate increased the risk of cancer by 41%. Bayer pushed back against the research, claiming that it was “statistical manipulation.”

Bayer is also arguing that the jury’s decision is a direct contradiction of the most recent findings from the Environmental Protection Agency, which found that glyphosate does not cause cancer when used as directed.

The EPA’s decision has been met with criticism, and many experts in the environmental field claim that the jury’s decision was in line with scientific findings on glyphosate.