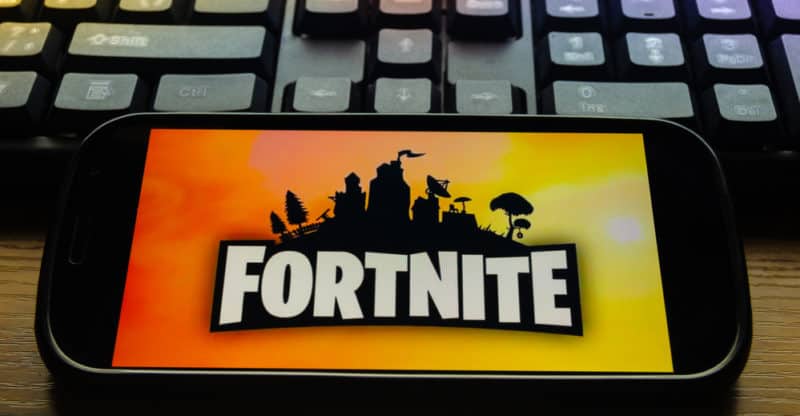 Companies wanting to be included in Apple’s App Store must play by its rules. The complexity of Apple’s rules entails lots of controls, including security practices and adult content. However, Epic Games has mainly one issue with Apple; companies must pay a 30% commission to Apple to sell digital goods on the app store.

Epic Games sells “V-bucks” to its customers when they buy items for its popular Fortnite game, and its founder, Tim Sweeney, finds the amount charged by Apple exorbitant.

Epic issued an ultimatum, threatening to run its own App Store for iPhones where payments could be received without the charges. Apple rejected it, but Epic continued with its plan updating the game to allow users to buy “V-bucks” directly. It did the same on the Google Play app.

Within hours both Google and Apple retaliated by removing the game resulting in an immediate lawsuit filing against Apple. The complaint against Apple is against the guidelines of its App Store. Additionally, Epic claimed the company had become a vast monopoly, seeking complete market control, blocking competition, and stifling innovation.

Flaws in the Arguments Used by Epic

Epic argues that Apple’s anti-competitive policies force developers to use the App Store instead of developing a competing app store.

Unfortunately, Epic’s argument ignores that these policies are quite like those of Sony’s PlayStation and Microsoft. They also take a 30% cut, have a specific payment system, and force their digital storefront on developers. Epic has not filed any lawsuits against them demanding cuts for transaction fees, nor has it attempted to operate its digital marketplace there.

Epic used a parody of Apple’s famous Superbowl commercial in 1984 to raise support. It used Tim Cook as the villain, much like Apple did against IBM then.

Other Similar Showdowns Had Mixed Results

Epic has had similar showdowns with other companies in the past but with mixed results. In 2017, it forced Sony’s hand in an almost identical case. An updated version of Fortnite allowed “cross-play” with players competing directly across other gaming devices like Microsoft Xbox and Nintendo Switch. Sony refused to enable PlayStation players to join. Epic made a software update allowing it. Epic later said it was a mistake but proved it was possible to bypass Sony’s restrictions. Sony relented, not wanting to harm its reputation among its console users.

Epic’s subsequent attempt to bypass controls was not as successful. In 2018, it launched the Epic Games Store on Android. They managed this with the help of a technical feature that legitimately bypassed Google’s control. After two years, Epic closed it, claiming that they were at a disadvantage because of Google’s restrictions on software downloads and security issues.

So far, Apple has removed Fortnite from the App Store and has not reinstated it. It initially thought of stopping Epic from publishing software for Macs, which could have harmed Epic’s Unreal engine. This popular tool is used for developing 3D graphics for the film, gaming, and design industries. Apple withdrew this move against Epic when Microsoft joined in the fight.

According to Apple, they cannot negotiate with Epic because of their commitment to providing Apple users with safety and security through the App Store. They claim that they don’t allow the installation of alternative app stores because of malware threats and the danger of not protecting their users against financial scams.

Other arguments presented by Apple are that it sells devices, not operating systems, and the App Store is just an in-app payment system of the devices and not a marketable product. Apple claims Fortnite has made $ 700 million just from the App Store.

Epic is presenting Apple as a monopoly player that forces the hands of other companies to comply with them. Apple uses the success of other mobile phone makers as an example that these monopoly claims are false. According to The Guardian, iOS represented less than 10% of Fortnite’s revenues, and according to Apple, this proves that the two companies are equal.

What is the Likely Outcome?

Epic, Spotify, and Tinder owner Match Group created the Coalition for App Fairness (CAF) shortly after Epic filed the lawsuit. They and others in the group agree that the monetary cut to Apple is a large portion of their revenue.

Battles between such huge enterprises rarely go to court, but we have seen attorneys from each side battling it out over the past weeks. There have been a few surprises so far, but mostly from documents presented and legal comments. It remains to be seen who will win, especially since Google and Apple were recently subject to an antitrust hearing regarding Spotify’s complaint that requires Apple to defend its App Store policies in Europe.

I purchased this cake for my son’s 12th birthday.

What is Epic suing apple for?

Epic Games claims that Apple is maintaining an illegal monopoly through it’;s app store. Epic does not want to pay commissions of 30% to Apple.

Why is Apple taking fortnite off the app store?

Apple has taken action against Epic games, the owner of Fortnite, for trying to circumvent its app store and not paying apple a 30% cut

Tim Sweeney is the Co Founder and CEO of Epic Games. Epic is based in Cary North Carolina (USA).