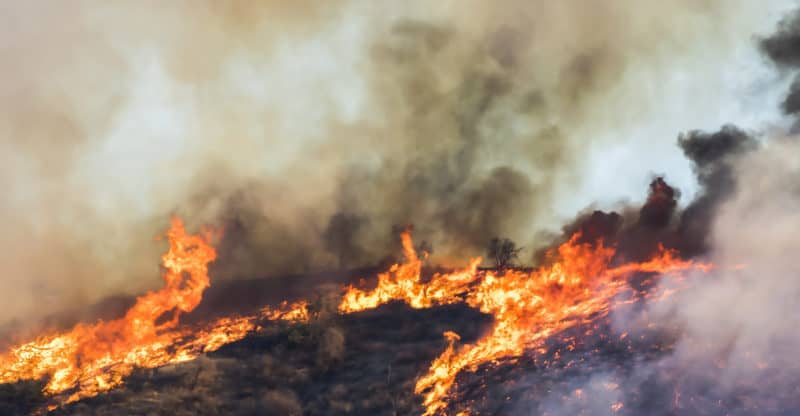 The group, called Coalition for Fire Protection and Accountability, is aiming to reduce the liabilities of utility companies.

Lawmakers have been urged by Governor Gavin Newsom to discuss the strict legislation that holds utility companies responsible for wildfires. Pacific Gas & Electric Corp filed for bankruptcy in January after it was found that their equipment was responsible for the deadliest wildfire in California history.

Investigators found that the company’s equipment was responsible for the Camp Fire. Downed power lines owned and operated by the company sparked the fire, which killed 85 people and burned over 153,000 acres of land. The fire resulted in 18,804 structures being destroyed.

Additional power lines owned by PG&E led to the second ignition of the Camp Fire in Concow. The company previously admitted that their power lines were the “probable cause” of the fire. The company filed for bankruptcy after suffering from a $6.9 billion loss in 2018.

Residents that lose their homes, possessions and animals have filed lawsuits against the company for failing to properly maintain their equipment.

Water companies are fighting back against lawsuits that recently were filed against water utilities. Two lawsuits against water companies were filed for fires dating back to 2008. The one lawsuit ended in a $70 million award for homeowners. The fire caused damage to the Yorba Linda Water District pump station, which was unable to provide water to firefighters after being damaged.

The lawsuit argued that the water systems were liable for the damages since they failed to work when firefighters tried to save 275 structures.

Another lawsuit in Ventura claimed that during the Thomas Fire, water utility companies failed to provide backup generators. The pumping stations lost power during a fire, and in some neighborhoods, it was not possible to operate fire hydrants properly.