Why Texting and Driving Is Inexcusable Now

FAQs About Seeing a Chiropractor for Your Personal Injury 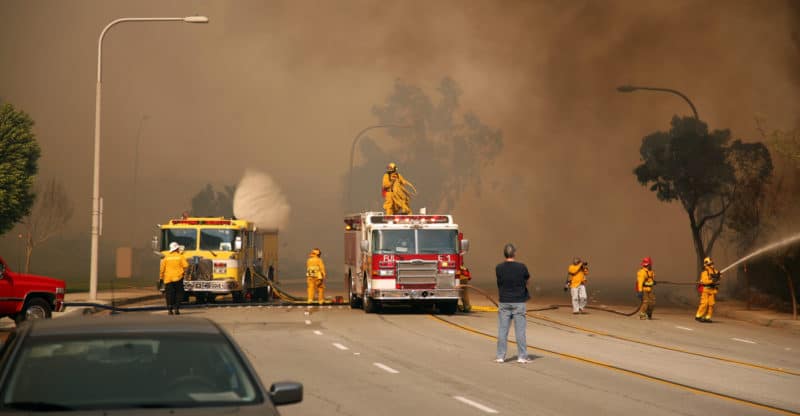 Several residents in Santa Barbara County are suing Southern California Edison Co., alleging that it is responsible for the massive wildfire that stripped the hillsides of flora that could have prevented the recent mudslides. The Montecito Water District is also named in the lawsuit.

The lawsuit was filed in the Santa Barbara Superior Court. Additional plaintiffs will likely be added in the coming weeks.

The plaintiffs claim that Edison was negligent in its maintenance of its power lines, which they say caused the Thomas Fire that broke out in two locations on December 4. The lawsuit also alleges that The Montecito Water District failed to maintain and properly operate its “highline” water main, which allowed nine million gallons of water to drain from reservoirs.

The lawsuit does not specify the amount of damages, but the plaintiffs are asking for a judgment that includes emotional distress, cost of repairing property, lost wages, living expenses, lost business profits, attorney’s fees, court fees, punitive damages, and all costs of the lawsuit.

The Thomas Fire broke out on December 4 in Santa Paula. The lawsuit alleges that Edison’s two transformers exploded or caught fire and ignited the brush. The complaint also alleges that Edison failed to remove or trim trees when needed.

“Had SCE acted responsibly, the Thomas Fire could have been prevented,” said the lawsuit. The lawsuit also says that the wildfire left the area “susceptible to excessive runoff, erosion mud and debris flow.”

The Thomas Fire destroyed more than 280,000 acres in Santa Barbara and Ventura counties before it was fully contained on January 12. The fire took out 1,063 structures and damaged 280 others. Two people were killed in the fire.

The mudslides, which devastated Santa Barbara County on January 9, killed at least 23 people. The tragic incident destroyed 127 homes and damaged another 294 homes.