Don’t Freak Out. Here’s How to Handle a Richmond Car Accident 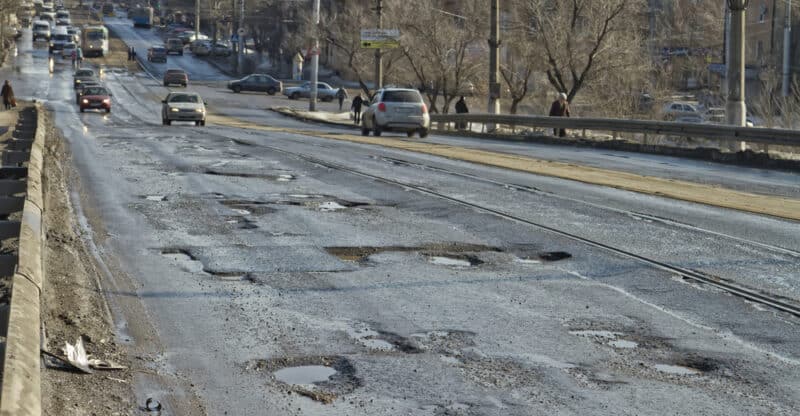 Who is Responsible for Road Maintenance?

Road maintenance is the responsibility of the city, county, or state, depending on whose jurisdiction it falls. Therefore, if a poorly maintained road causes your car accident, you can file a compensation claim with the government agency responsible for its maintenance.

If the city doesn’t settle your claim, you can consider filing a lawsuit, but you need to show that the authority failed to maintain the road properly.

There are two ways authorities discover dangerous road conditions: reporting by individuals or regular road inspections. If an accident occurs on a road that is being fixed, the claim might need to be against the contractor for creating an unsafe construction zone.

The condition for winning a claim for a car accident against the authority responsible is that you must show they were negligent or failed to maintain the road. Some inadequate road maintenance is more evident than others and includes potholes, large cracks, and sinkholes. However, you can also seek liability for other less obvious problems like insufficient shoulder, narrow roads, poor street signage, confusing signage, and construction debris are just a few examples. In addition, with road debris, you must prove the agency responsible for the road knew the debris was there. Otherwise, the person who dumped it on the road is responsible.

There are some cases of negligence that are easier to prove. For example, a pothole that was ignored for weeks, despite complaints from the public, is a clear sign of neglect. On the other hand, proving negligence is impossible if a sinkhole appeared a few minutes before the accident.

One problem with negligence-based cases is that the defendants will attempt to show comparative fault, saying you could have avoided the area since you knew it was in a bad state for some time that you ignored warning signage.

Understanding the Claim Process Against a Governmental Entity

The rules that cover claims against the government vary between states, but they also differ at the municipal level. The deadlines for filing claims are not the same, but make sure that you notify the proper authority within 30 days of the date and location of the accident caused by the poorly maintained road.

They must know the exact location and how much compensation you want to claim. Also, provide information and contact numbers for witnesses to the incident and pictures of the hazard that caused the car accident. The government or local entity will provide a form to fill in and ask you to provide extra information. Research the requirements beforehand.

If you are unsure who is legally responsible for the road where your accident occurred, you could either contact a lawyer to help or send the claim forms to as many local entities as possible.

If the city is ignoring your claim, you still have several options to try and twist their arm. Since you must prove the road was in poor condition, request the survey records from the relevant agency. These records are likely to reveal vital information about the last survey and the findings. You can also gauge from these records if the city resolved the problems.

Sometimes the survey records may not reveal much, but you can prove the bad conditions by investigating the matter further. For example, ask people in the area about the road and get police records of other accidents on the road.

Is There a Cap Amount for Damages from Bad Roads?

Some state authorities do have a cap on the amount paid in claims. However, if the amount is higher than the cap, they might settle at a higher amount if they realize you intend to file a lawsuit. Sometimes a claim is denied, or the authority ignores the claim, and then you must decide whether you are going to file a lawsuit or go to the small claims court. Hiring a lawyer is always the best option because they have negotiation abilities and advise you on the best action.

Car accidents on poorly maintained roads are not rare, and if you feel your city was to blame, you have a right to sue them. If you decide you don’t want to claim, you should still report the road’s poor condition to help prevent further incidents. Finally, if you choose to sue, a lawyer can offer you the best advice on who to sue and the claim amount you deserve.