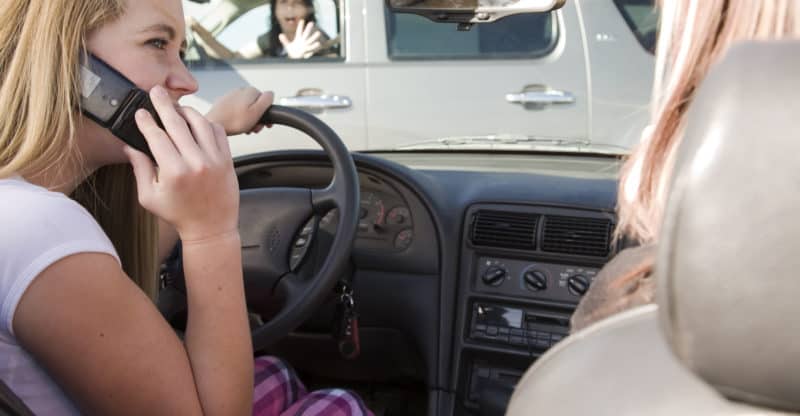 In 2017, distracted driving was reported as a main cause or contributing factor in the roadway deaths of 3,166 people. That figure, from the Governors Highway Safety Association, is believed to be conservative, as many instances of distracted driving go unreported. The Centers for Disease Control and Prevention (CDC) reports that approximately nine people are killed every day in the U.S. because of distracted drivers. Similarly, more than 1,000 people sustain injuries in these crashes every day. These grim statistics are a sobering reminder of the importance of avoiding all sources of distraction while behind the wheel.

Although most states have passed laws that restrict cellphone use by drivers, the problem has been growing. At any given time during the day, it’s estimated that 800,000 vehicles across the U.S. are being driven by someone using a handheld cellphone. Furthermore, a report released by the Insurance Institute for Highway Safety (IIHS) in January 2019 reports that cellphone manipulations by drivers are up an alarming 57% since their last survey. So what’s to be done about this deadly problem?

Recognizing the causes of distraction

The use of handheld cellphones to make calls and send or receive texts is prevalent by drivers on U.S. roads. It’s often thought that the use of hands-free technology is a safer alternative. But the truth is that any form of distraction can prove deadly behind the wheel. When drivers are listening to Bluetooth earpieces or dictating text messages, they aren’t giving the road their full attention. Instead, drivers need to commit to turning off or silencing their cellphones while driving.

Other forms of distraction can prove just as deadly as cellphone manipulation. These include being distracted by other occupants in the car or by outside events, such as rubbernecking at accidents or looking at billboards. Eating or drinking, adjusting audio or climate controls, smoking, and even getting lost in one’s own thoughts are all common causes of distraction-related incidents.

There are already federal and statewide laws aimed at curbing distracted driving, as well as industry-related bans. For example, the Federal Motor Carrier Safety Administration and the Pipeline and Hazardous Materials Safety Administration have banned all handheld cellphone use by drivers carrying hazardous material and all commercial drivers. However, stricter laws and more intensive enforcement efforts are clearly needed to make the roadways safer.

It’s also necessary for each individual driver to make the conscious decision to stay distraction-free while behind the wheel. The car is not an appropriate place for multi-tasking. Teens and beginning drivers in particular must be careful to maintain a distraction-free environment in the car. Beyond avoiding sources of distraction, drivers can practice defensive driving techniques to reduce their risk of colliding with another driver who is distracted. Defensive driving techniques include maintaining awareness of traffic patterns and potential hazards at all times.