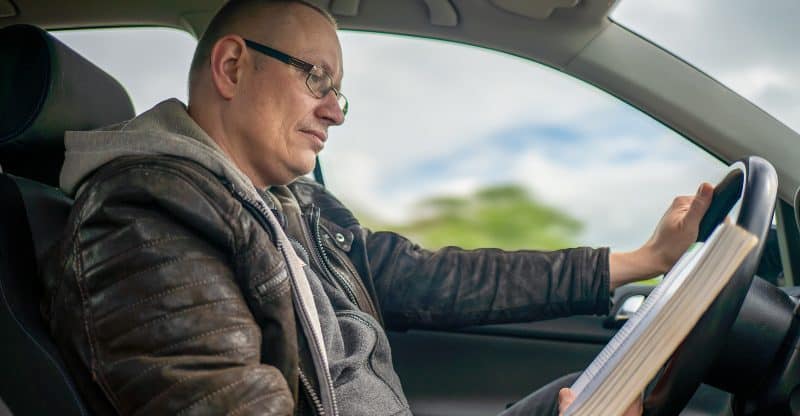 Traffic fatalities in the United States are on the rise. Fatalities rose 5.6% , with motorcycle and pedestrian deaths rising. There were 37,461 fatalities on U.S. roadways last year. The figure is the highest since 2007.

Crash-related deaths prove that safety is a growing problem on roadways.

Automakers are outfitting their vehicles with blind spot sensors, backup cameras and airbags that aim to protect drivers in accidents. Yet, there were over 100 deaths per day in the United States last year related to automobile crashes. Nearly 6,000 pedestrians died last year, too.

The rising figure doesn’t mention crashes that are related to distracted driving.

Local laws are in place to curb smartphone usage while driving. California has bans on handheld phones and texting. Exceptions to the rule include voice-operated controls. California’s Office of Traffic Safety found that 9% of drivers in the state are texting and talking at any given time.

The government didn’t include smartphone usage data or distracted driving data in their statistics.

Bloomberg notes that smartphone users in America rose from 75% to 81%  year over year. The National Highway Traffic Safety Administration attributed 57.6% of fatal accidents to driver error while only 448 incidents were linked to cell phone use, or just under 1.4% of all crashes.

Americans using their phones to share photos and videos through these social platforms rose from 70% in 2015 to 80% in 2016. The increase in social media usage, particularly through smartphones, is a contributing factor in many accidents.

The main concern is that law enforcement has limited means of determining if a person was using their smartphone at the time of an accident.

The National Safety Council conducted a study on cell phone usage and reliable crash data reporting. The report starts by mentioning incidents where cell phone usage was apparent yet not reported. Kelsey Raffaele, a 17-year-old, died in 2010 when she lost control of her vehicle.

Kelsey’s friend recounts that she was talking on her cellphone with a friend as she passed another vehicle and lost control of her car.

The last words that Kelsey ever wrote were “oh s***, I’m going to crash.” The crash report failed to note that the deceased girl was using a cell phone at the time of her crash.

The National Safety Council states that there are no reliable methods to track cell phone use and crashes. The true scope of the problem remains unknown. Police officials have no means to determine if a cell phone was in use at the time of an accident outside of a driver’s admittance.

Testimonies may also be inaccurate.