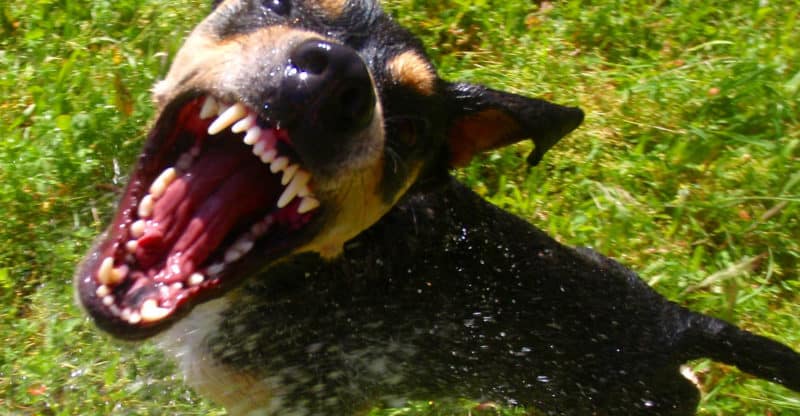 Dog bite cases rarely make it to the highest court in any state, but a case involving a bomb-sniffing dog is an exception. This dog was trained in Texas Hill Country, and was deployed to aid in Afghanistan military operations.

Kallie, a Belgian malinois, is the dog at the center of the case. She was assigned to Camp Mike Spann, an army base used to conduct combat operations against the Taliban. Kallie’s job was to find explosive devices and roadside bombs.

The victim in the case, LaTasha Freeman, was a civilian working as an administrative clerk at the base.

The incident took place in 2011. Kallie escaped from her kennel and jumped Freeman. Freeman says the dog knocked her down, gripped her left arm and began shaking violently. There were no signs of physical injury or bleeding, but Freeman was eventually diagnosed with complex regional pain syndrome, CRPS. The nerve injury left her unable to work. The Social Security Administration deemed her “completely disabled.”

Freeman filed a lawsuit for over $1 million against Hill Country Dog Center, which trained Kallie, and American K-9 Detection Services, which provides the military with bomb-sniffing dogs.

The suit was filed in Bandera County, where Hill Country Dog Center is located, in 2014. The judge tossed the suit, but the appeals court overturned the decision and reinstated the case.

Both companies are now asking the Texas Supreme Court to dismiss the lawsuit.

Lawyers for American K-9 say that Freeman’s lawsuit should be dismissed because courts have limited jurisdiction over combat zone injuries. Hill Country Dog Center says it was only responsible for training Kallie and the dog’s handler. Liability for the dog’s behavior lies on the handler or owner of the dog.

The Supreme Court is expected to rule on the case in late June or early July.