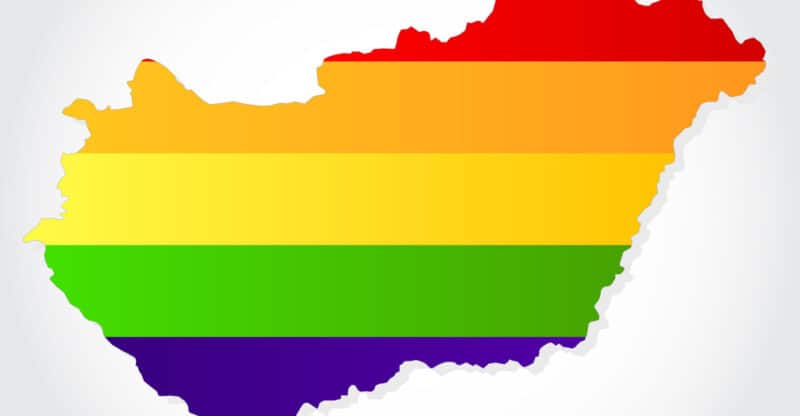 A cultural battle has broken out in the EU between the difference in values between the more liberal West and more conservative countries of Eastern Europe.

Even though Hungarian society is becoming more accepting of homosexuality, gender change, etc., the hardline stance taken by Hungary’s government has gained the wrath of most members of the EU.

Prime Minister Victor Orbán is a hardline nationalist with an extremely radical social policy. The Christian-conservative agenda of this Fidesz party has rallied against immigrants and the LGBT community. In mid-June 2021, a popular law was passed that penalizes pedophilia strictly. Unfortunately, the government tacked a proposal to the law, banning talks on LGBT at schools. Combining the two issues into one law made it difficult for opponents of the legislation to vote against it.

The law was passed despite calls from several rights groups, several mass rallies, and a boycott from leftist opposition parties.

Hungary has its Supporters

In Hungary, gay marriages are not recognized, while only heterosexual couples can adopt, and both these are entrenched in their constitution. These recent conservative reforms are not welcoming to other members of the EU, who say that child protection cannot be used as an excuse to target LGBTIQ members.

Hungary’s main ally in Europe is Poland’s ruling conservative party Law and Justice (PiS), and the two governments are at odds with the European Union. Moreover, the discriminatory rhetoric that encourages homophobia has continued for several years, and experts believe these governments use these tactics to divide their opponents. In Hungary, this is certainly the case since national elections are looming next year.

Visiting anthropology and ethnology professor at Oxford University, Agnieszka Kościańska, has said that these attacks on sexual progressiveness happen all over the world. She points out that Eastern Europe’s complicated history makes the problem more pronounced. Leaders in these countries try to pass their policies to protect the values of the nations.

Attitudes toward the LGBTQ community show a huge divide between post-communist Eastern Europe and Western Europe. Research indicates that many Western European country populations support gay marriage, whereas, in the Eastern-bloc, most are opposed. There is one exception, the Czech Republic.

According to the study by Pew Research Center, 85% of people in countries like Spain, Germany, and France say that homosexuality should be accepted, whereas that figure drops to 49% in Hungary. The figures elsewhere in Eastern Europe drop further, standing at 47% in Poland, 32% in Bulgaria, and just 14% in Russia. Other governments in countries like Romania and Slovenia also appear to be exploiting ways to change public attitudes.

The new Hungarian anti-LGBT law received immediate international criticism. As a member of the European Union, Hungary immediately received strongly-worded messages from member states, saying these laws are opposed to the values of the EU. “Hungary has no place in the EU anymore,” said Mark Rutte, the Dutch Prime Minister.

However, when 17 EU leaders wrote an open letter criticizing the new legislation in Hungary, most former communist countries, except for Estonia, Lithuania, and Latvia, declined to sign.

This regression is sad because there was a time when the Eastern bloc countries had a tradition of supporting LGBTQ rights and were ahead of Western Europe. For example, according to Kościańska, Poland decriminalized homosexuality as early as 1932, and Hungary in 1961.

However, she also points out that the legislation didn’t help the community come out at the time. Many lived their lives by keeping themselves out of the public eye, despite the legalization of same-sex registered partnerships in 2009. However, adoption is still not allowed among same-sex couples.

The European Union demanded that Hungary repeal the law early in July, but Hungary rejected their demand. Several mechanisms are available to the EU to act against countries within the bloc of 27 nations that undermine its democratic standards. One of these is to freeze funding or to open a legal case in the European Court of Justice. It remains to be seen how this dividing issue will be resolved.