4 Legal Things to Keep in Mind When Online Shopping 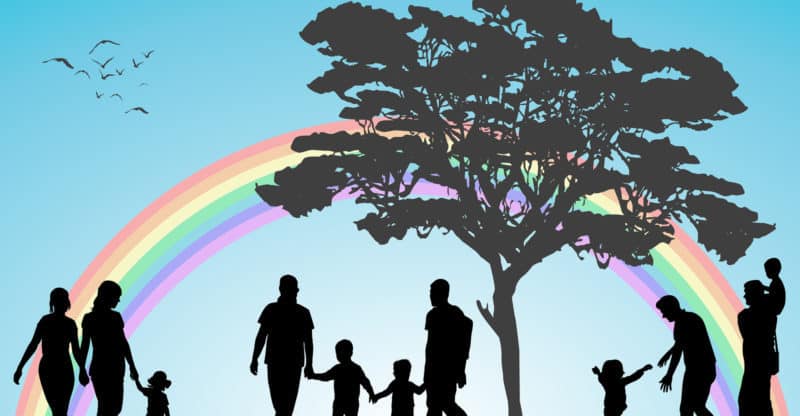 The LGBTQ community was delivered another victory in August after the New York Court of Appeals overturned an archaic precedent that narrowly defined the term “parent.” The landmark ruling gives greater protection to LGBTQ families in the state.

Judge Shelia Abdus-Salaam’s judgment overturned a 1991 ruling that defined a “parent” as an individual with biological or adoptive links to the child.

The definition was “needlessly narrow,” according to the written judgment. The court ruled that individuals may seek visitation or custody of a child if there is “clear and convincing evidence that the parties agreed to conceive a child and raise the child together.” In this case, visitation and custody may be sought even if no adoptive or biological link is present.

At the center of the historic ruling is the Brooke B. v Elizabeth C.C. case. Brooke and Elizabeth, a same-sex couple, were engaged in 2007. The two were never married, as same-sex marriage was still illegal in New York and the couple lacked the resources to travel to another jurisdiction where gay marriage was legal.

Elizabeth became pregnant in 2008 through artificial insemination. Brooke regularly attended doctor’s appointments and remained by her side when complications arose during the pregnancy.

When their son was born, Brooke was there to cut the umbilical cord. The couple lived and raised the child together, sharing all parental responsibilities that any other couple would share. Brooke even stayed at home with their son for a year while Elizabeth returned to work. She was known as “Mama B.”

The couple separated in 2010, but Elizabeth permitted regular visits with the child. In 2012, however, the relationship between Brooke and Elizabeth deteriorated. Elizabeth no longer allowed visitations.

Brooke sought help through the legal system, but found that the law gave her no protection. With no biological or adoptive link, she was out of luck.

While she continued her fight for parental rights, courts ruled against her – even though they agreed with her. The binding precedent Matter of Alison D v. Virginia M. gave lower courts no other choice but to rule in Elizabeth’s favor. Under the ruling, individuals with no adoptive or biological link to the child could not be considered a “parent.” Brooke had virtually no rights under child custody laws because she was not considered a parent.

“Child custody is a serious issue for the LBGTQ community,” says a firm that regularly handles LBGTQ family law cases. “Child custody laws in many states have not adapted to same-sex couples, but the decision in New York may pave the way for much-needed changes.”

According to Alison D., grandparents and siblings had the right to seek visitation or custody of a child, but step-parents, same-sex parents and non-traditional caretakers did not. It is still unclear how many families were impact by Alison D., but the overturning of the precedent helps ensure that future cases like Brooke’s are not met with closed doors.

The impact of the Brooke B. case may extend beyond LBGTQ families, allowing for future courts to extend the definition of a “parent” to include all people who are caring for children. In Brooke’s case, the ruling was largely dependent on the couple’s conscientious decision to have the child together.