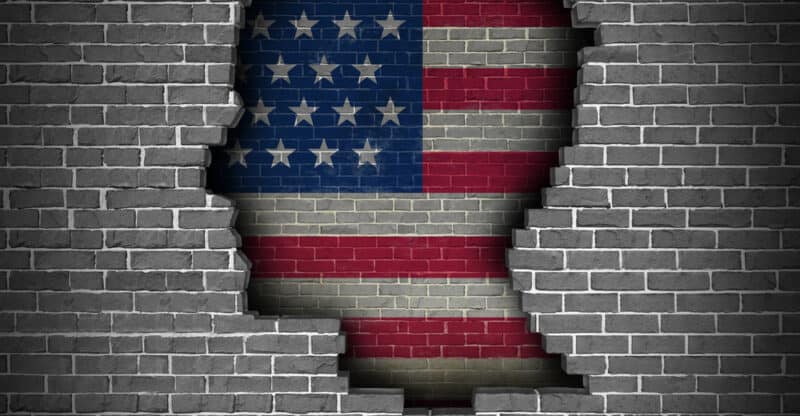 If you have been following immigration law or criminal justice in the United States over the past few years, you have probably heard about Kate’s Law. Kate’s Law is a piece of legislation that would impact the length of prison sentences that people who re-entered the United States after deportation would serve.

However, the twists and turns of Kate’s Law are difficult to follow. It doesn’t help that there are several pieces of legislation that bear the same name. Here is all that you need to know about this Law.

What Is Kate’s Law?

Kate’s Law is officially known in the Congressional database as H.R. 3004. It is a law that was initially introduced by Virginian Representative Bob Goodlatte back in 2017. The bill proposed a change to the Immigration and Nationality Act that would increase penalties for immigrants who came back to the United States after being deported.

Under the law, people who have already been convicted of three misdemeanors or a felony would pay a fine or go to prison for up to 10 years. If convicted of a felony with a sentence of up to 30 months, they would be fined or incarcerated for up to 15 years. The length of prison sentence increased with the number of felonies a person had been convicted for and with the severity of their crimes.

The purpose of the Law is to punish people with criminal charges who attempted to re-enter the United States illegally and to stop repeated entries. Someone convicted under this Law or deported could not appeal their conviction, as they could typical deportation.

What Happened to the Previous Attempts to Pass Kate’s Law?

This iteration of Kate’s Law is not the first piece of legislation bearing this name. A few years prior, Rep. Steve King and Senator Ted Cruz introduced versions of Kate’s Law into the House and Senate, respectively. The original versions of Kate’s Law were a bit harsher. Instead of just increasing sentences for people re-entering who had been convicted of a crime, they proposed mandatory minimum sentences for everyone caught re-entering the United States, despite any additional criminal convictions.

Senator Cruz’s Law, officially known as S.2193, failed after it did not receive the 60 votes necessary to pass a cloture vote. Representative King’s version also stalled out.

Kate’s Law is named after Kate Steinle, a 32-year-old woman from San Francisco. Kate was shot and killed in 2015 while on a walk with her father and a friend in San Francisco’s Pier 14. She had no relationship to the man who killed her, Jose Ines Garcia Zarate, and the murder was seemingly random. Later, investigators argued that the killing was, in fact, an accident. Zarate suffered from severe mental health issues that ultimately prevented him from standing trial.

Zarate, the killer, was a Mexican man who had been deported several times from the United States and had served extensive prison time. The only reason he was in San Francisco at all was that the Justice Department inexplicably ignored a request from Immigration and Customs Enforcement that would have allowed the agency to deport him.

Has Kate’s Law Been Passed?

The current iteration of Kate’s Law passed the Republican-controlled House of Representatives in 2017, along with a bill that would defund sanctuary cities (San Francisco is a sanctuary city, and many thought its lax immigration policies led to Kate’s killing). However, once it was received in the Senate, the bill stalled.

Since 2017, Senator Cruz has reintroduced several variations of Kate’s Law, once in each session of Congress. Each time, the bill has been read twice and then sent to the Committee on the Judiciary. As the Senate is currently evenly split between Democrats and Republicans, with Vice President Kamala Harris as the tie-breaking vote, it is unlikely that Kate’s Law will pass this Congress.

How Was Kate’s Law Received?

Kate’s Law received bipartisan support when it passed the House, including positive votes from about two dozen Democratic representatives. One, Eric Swalwell, would eventually run for President of the United States before dropping out of the primaries early. Defenders of the Law said that they think the country needs harsher penalties for repeat offenders to act as a deterrent for people who are contemplating crossing the borders again.

Defenders of the bill also said that had Zarate been in prison under the longer sentences proposed by Kate’s Law, his victim might still be alive. The goal of the bill was to curb crime by keeping people convicted of crimes off the streets.

However, opposition to Kate’s Law was vociferous and also bipartisan. The libertarian think tank, the Cato Institute, published an article called “Kate’s Law: A Waste of Federal Resources.” They argued that the law violates people’s rights, particularly in removing special provisions for youth, humanitarian groups, and people who were unjustly deported the first time. They also argued that there is no proof that prison sentences for reentry deter people from crossing.

Left-wing civil liberties organizations such as the ACLU also opposed Kate’s Law. Opponents of the bill pointed out that it would bloat the immigration enforcement budget by several millions of dollars because apprehending and incarcerating repeat offenders is not inexpensive. Research has also shown that despite several high-profile horrific cases such as this one, illegal immigrants are less likely to commit crimes than American-born people.

Kate’s Law has been the name for several bills that attempted to increase the length of prison sentences for people convicted of re-entering the United States after a deportation order. The most successful of these passed the House but stalled out in the Senate, where subsequent iterations of the bill have also died.

It is unlikely that Kate’s Law will pass soon due to Democratic control of the legislative and executive branches, but it is essential to know this Law as it shaped much of the recent debate on immigration policy.