How Much Can I Sue For False Arrest? 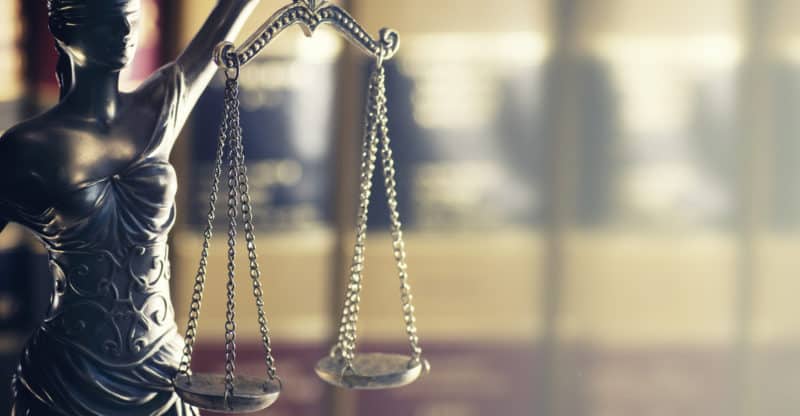 Domenick Crispino was sentenced to over two decades in prison last week after the jury confirmed him guilty of defrauding his unknowing clients of hundreds of thousands of dollars. Over the years, the disbarred lawyer from Staten Island has stolen over $1 million from those seeking his services. Despite his official dismissal from the legal fraternity, Crispino continued to pose as a legitimate lawyer to prospective clients. The culprit was sentenced on April 21st, primarily because he used the law to steal from two parties that wanted to secure separate properties in Brooklyn, New York. The defendant was sentenced by New York Judge Alexander Jeong. According to the statement, Crispino faces a range of 18 to 22 years behind bars.

In a statement to the press, acting Brooklyn District Attorney said, “This defendant can only be described as a financial predator, stealing as much money as he could from as many victims as he could find. Using his knowledge of the law, he repeatedly exploited the victims to enrich himself. I will not allow con artists to profit from Brooklyn’s rising home values, and my Office will continue to target shameful frauds like these.”

Crispino was convicted for his unlawful acts on March 31, 2017. Apart from the forgery he committed on documents he presented to his unsuspecting clients, he was also charged with other felonies. These included counts of third-degree grand larceny, second-degree grand larceny, and first-degree offering a false instrument for filing. Further, the defendant was charged and convicted of second-degree criminal possession of a forged document and for the falsification of business transactions.

According to New York law, an individual indicted for committing the same crime within a ten-year span is regarded a predicate felon. Because of three separate counts of larceny Crispino had committed since 2001, he was considered a repeat offender under this class. The crimes he committed during this period led him to be imprisoned for six years and disbarred. Under most cases, predicate felons face stricter and harsher sentences because of their recurrent actions.

During the hearing, the District Attorney presented the court with occurrences, where already dismissed Crispino continued to dupe clients into thinking he was a lawyer and maximize these dealings for personal gain. The case was centered upon two properties in Brooklyn, located in 35 Bay 7th Street in Bath Beach and 1848 West 7th Street in Gravesend. The two homes were to undergo foreclosure.

The owner of the house on Bay Street sought Crispino’s services, since she had missed mortgage payments but still wanted to keep the house before the bank assumed its ownership. A 95-year old woman was then residing in the house, and it had been her abode for decades. She was desperate to remain within the premises. Because of her late son’s past contact with the defendant, she knew him and presumed he, in his position of the lawyer, could negotiate with the financial institution to let her keep the house. As the attorney, Crispino convinced Bruce Abdenour to assume ownership of the property. Bruce was a close friend of the victim and had been helping her repay loans to achieve financial stability. Also taken in by the defendant’s plans, he made payments to Meritus Group, an organization created by the accused. Crispino had informed Bruce and the woman that the firm would hold the funds paid while negotiations between him and the bank continued. Crispino had also told Bruce he had secured a significant discount on the mortgage payments they were yet to make.

Until April 2013, Meritus and Crispino had received $597,750 from Bruce. Soon after, the homeowner died, and at this point, Bruce requested a statement of the financial proceedings. He received a forged document from the defendant on February 28, 2014 that included details of an agreement and financial transactions between Meritus and Merrill Lynch. The institution, however, had already begun financial proceedings and sought to sell the house to cover costs on the mortgage. Two sisters also interested in buying the property made a down payment on it to Crispino. This fee totaled to $86,800. At the end of 2014, the bank informed Bruce that funding for missed mortgage payments would be made from the property’s sale proceedings, not from the escrow account he had set up with Crispino. Bruce found out the account was then empty. Bruce and the two sisters consequently reported Crispino’s actions to the District Attorney’s office.

In 2011, the defendant also filed a fake deed for a $385,000 house with New York’s Department of Finance. Amusingly, this house had its ownership transferred to Crispino’s Meritus Group for a meager $10. A year later, the same property was put up for “sale, ” and he received $47,500 from a couple interested in the purchase.

Apart from these crimes, Crispino also filed a false mortgage satisfaction document with the City Register. The filing was for the West 7th Property. He then sold this home, which he had never owned, to another unsuspecting couple. In the process, he acquired $252,461.27. He also went further to have another potential buyer of the same property pay $112,000 to clear a lien on the home.

These crimes led to the theft of more than $1 million from all the victims. This case had the overall supervision of Richard Farrell, who acts as the Chief of the District Attorney’s Real Estate Fraud Unit.