Should You Outsource Your Legal Marketing to a Professional?

3 Ways Lawyers Are Using Guides to Market to Clients 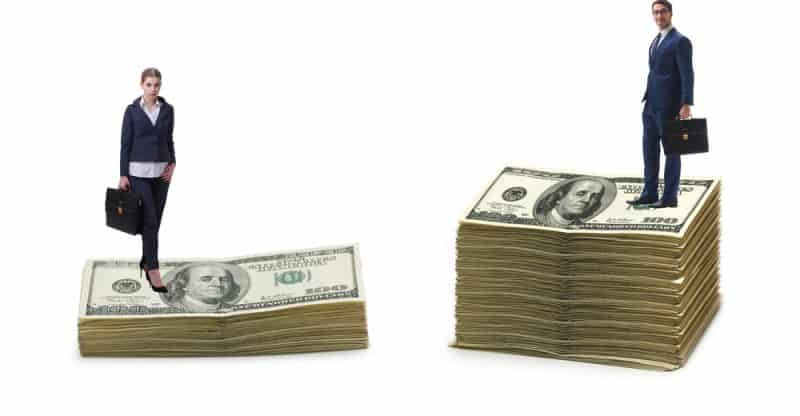 These results are from the recent report based on the biennial Partner Compensation Survey from Major, Lindsey & Africa (MAL). According to the details outlined by the story, there is a narrowing gender divide in partner pay and similar pay increases for equity and non-equity partners – the first time. These are increasing at similar rates.

Overall pay increases in the same period were 10% from an average of $962,000 to $1,054,000. The Managing partner for MLA Law and author of the report, Jeffrey Lowe, attributes the gains to a robust economy in the seven years leading to the 2020 study.

Firms are becoming more sensitive to gender discrepancies, and this has lowered the gap in gender-based disparities. Lowe told Law.com that it appears more women left the workforce during the pandemic, something which could lead to a widening of the gap once more.

According to Bloomberg Law, the average partner compensation between 2010 and 2018 increased by 38%. Top earning partners’ pay increased by 46%, whereas at the lower partner levels, it only increased 15%.

However, since the prior survey, black partners reported an increase of 78% in compensation, Asian Pacific partners had a rise of 16%, and whites 11%. The report said Hispanic partners were the only category to report a decline of 18%.

Disparities among cities continue, and they remain pronounced, according to the report. The most significant gains were in Palo Alto/Silicon Valley, Boston, Miami, and Philadelphia, and the only cities without increases were Dallas and Atlanta.

Originations and billing rates increased 3% for all partners to $2.87 million in 2019. There was also an increase of 9% from 2017 for average billing rates to $827, from $762 previously. However, the billing rates gap rose 30% between equity and non-equity partners, with a difference of 322% in compensation rates between the two groups.

Tax and ERISA lawyers still receive the highest average compensation of $1.37 million, which is an increase of 32% from the 2017 survey. Corporate partner compensation increased by 1% in the same period, whereas IP partners’ average salary increased by 29%. The only decreases were in labor and employment partners – a reduction of 9%.

Impact of the pandemic

In the survey, respondents were asked how the pandemic would impact their compensation for 2020. Some of the results, according to Lowe, could be due to sampling variation. Of the 48,000 invitations sent to partners across the U.S. between July and Sept 2020, responses were received from 1,271.

The majority of those surveyed -70% – expected the pandemic to impact their earning in some way. But during the report’s drafting, it appeared that the legal industry was not affected to the expected extent. It was decided to conduct a follow-up survey in November 2020, and two-thirds of the 134 respondents did not expect their compensation to be affected by COVID-19.

“The demand for law firms did not stop,” said Lowe. “Lawyers were worried that working from home would be senseless if there was no demand, but it never stopped. And for some, there was an increase in work.”

MLA reports that of the respondents from law firms that had implemented austerity measures at the onset of the pandemic, 43% reported complete reversals of the actions. Also, 41% said these steps were partially rolled back.