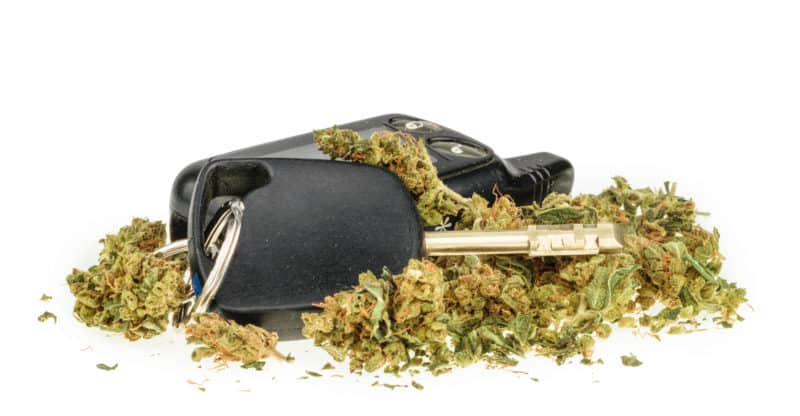 Impaired driving can take many different forms, especially now that Canada and many states has legalized marijuana for recreational use. When it comes to alcohol impairment, police have the simplicity of a breathalyzer that they can use. If you wind up over the legal limit, you face a charge over 80, which can lead to a licence suspension or a fine. Impairment due to cannabis can be quite a different matter, though. Without a simple test, police have other methods to determine your level of impairment.

Consequences of Driving While High

First of all, even though driving while high is slightly harder to test than driving while intoxicated, many of the results are the same. As with alcohol, cannabis impairs your judgment and reaction time. It can also impair your vision in some cases, making you less likely to see potential obstacles or other vehicles on the road. This makes you a potential danger to everybody on the road and leads to the same penalties as other forms of impaired driving. You can avoid these hazards in the same way you would avoid driving while drunk. Keep track of your marijuana consumption, get a designated driver, or call a can if necessary.

At a traffic stop, an officer might be alerted to your level of impairment due to the smell of marijuana in your car, slow reactions to their questions, or bloodshot eyes. Once a police officer suspects that you might be impaired, you can expect a field sobriety test of some sort. The simplest of these is an eye test. By asking you to follow a light or finger, the officer can watch the movement of your eyes. If you are impaired by cannabis, your pupils will jerk involuntarily as they track the object. This is a reflexive reaction that you can’t control. Even so, this involuntary jerk may not be enough to actually charge you with impaired driving. However, it does give police the reason they need to test further.

If you find yourself suspected of driving while under the influence of marijuana, you can expect the police to require a biological test of some sort. Many of these tests lack the accuracy of a breathalyzer to detect alcohol, but some can still be presented as evidence if your case moves to the courtroom. Blood and urine tests can both detect levels of THC in your body, although they are often unable to tell when you last consumed marijuana. Modern technology has introduced the drug swab test, in which an officer does a swab of your mouth to test of traces of THC in your saliva. If these tests reveal the influence of cannabis, you will need an impaired driving lawyer to help you in the upcoming case.

If you find yourself facing an impaired driving charge, you should seek out a lawyer at your earliest opportunity. A knowledgeable lawyer can help determine whether or not you were treated fairly by the police and can help see you through the challenging process ahead.