The Practice of Law and Actionable Tips to Succeed

How to Promote Your Law Firm with Educational YouTube Videos

There Are New Legal Dramas Coming To TV 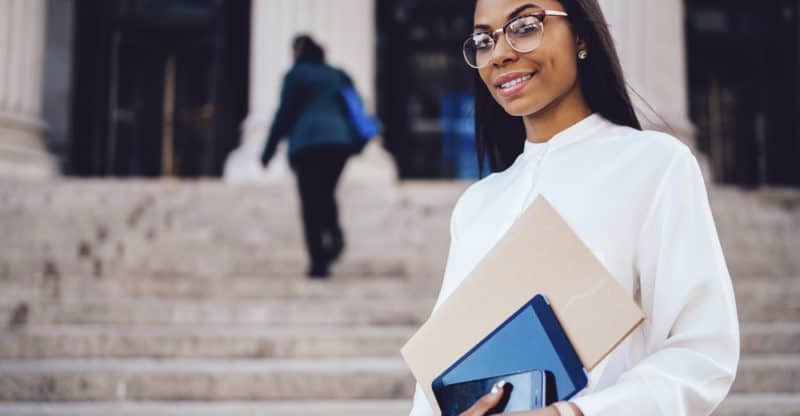 As college seniors across the nation put the final touches on their baccalaureate degrees, thoughts travel to post-graduation plans and goals. Invariably, a certain percentage of students will look towards furthering their education with one of the two more popular options available: graduate school or law school. Many who might shy from the latter in favor of the former will do so for fear of the reputation for the difficulty that law school has earned over the years.

Is this fear justified? Are the rumors true? Is law school all that hard? The short answer is yes. Law school is definitely a different kettle of fish compared to most students’ previous academic experience, which presents a challenge for even the brightest product of academia. Before quickly switching towards a graduate degree focus, however, let’s look at the unique challenges posed by law school with a quick breakdown of the details involved with going to law school.

Law School is a Different Way of Learning

Perhaps one of the biggest adjustments that the new law student will need to confront is the fact that the information will be delivered in far different ways than they’d previously experienced as an undergraduate or high school student. Indeed, a previous academic experience that featured frequent guidance and feedback, the lack of both will likely cause even the most motivated overachiever to question their abilities.

This learning style, the Socratic Method, has been used to train the critical thinking of aspiring attorneys for generations. This method places a premium on developing critical thinking skills, long-term memory development, and the ability to nimbly recall facts for sophisticated application of previously attained knowledge to changing legal situations.

This learning environment is in stark contrast with previous teaching settings where the priority is placed on short-term memory development designed to pass the scheduled midterm and final exams. As such, adjusting to this new method of instruction can be a challenge for the beginning law student. Considering that you want to hit the ground running when it comes to your law school career, stumbling out of the blocks owing to an unfamiliar learning style can be discomfiting.

The very nature of competitive entrance exams to law school suggests that the average first-year law student is a self-selected population that is probably used to ranking near the top of their classes. That level of achievement evaporates with the realization that law school draws the best and brightest from universities across the nation. This fact presents a psychological response in the, heretofore, class leader, which can put them off their game at a point in their lives when they most certainly need to have their game face in place.

Faced with true peers for probably the first time in their academic careers, they will be testing their mettle on one of the more brutal grading rubrics—the dreaded bell curve.

Unlike previous coursework, where the student merely had to master the material, the bell curve guarantees that regardless of how hard they study, a class of 40 students will only witness eight A’s while the majority will be relegated to the statistical middling ground, or fail to meet even those minimal qualification.

As such, the new legal student is being taught in a new manner, against a cadre of sharp competition, and with a grading rubric that further puts a thumb on the scale against success compared to previous educational environments.

The Humility of Being Wrong/Cold Cocked by the Cold Call

Closely aligned with the previous section, the new law student will in all likelihood need to learn to cope with the fact of being wrong. While mentally accepting an error is difficult, it is a vastly different scenario when that error is put out on blast in front of all your peers. Specifically known as “the cold call,” it is a practice whereby the professor leans upon the Socratic Method in a technique whereby you will find yourself randomly the recipient of a laser-focused question.

While the cold call might take on a different temperament based on the individual professor’s preferences, each cold call shares certain characteristics.

Among other factors, the cold call will be unexpected, you will have no idea what the professor will ask you, the query will be in front of 200 of your peers, and the question will require you to be mentally nimble while being placed on the spot.

For those who were hoping to enter law school for a tax law specialization, with an eye towards minimal public speaking as a result, they will still need to get over their reticence towards speaking before a group as a result of the cold calling requirements of the Socratic Method.

In short, as mentioned earlier, law school places a premium on long term memory formation, quick recall of facts that might embrace a myriad of sources, and the critical thinking skills needed to tie all of these factors together to answer the cold call question before the inquisitive eyes of 200 law school peers.

As stressful as this situation can be, individuals will take solace in seeing their fellow students similarly under the intellectual gun, and a shared camaraderie will become the norm as the group comes to realize that they will probably end up publicly out-ed for being wrong at some point in their law school career.

So far, we have primarily looked at the mental and emotional load that the new student will need to learn to cope with to succeed in law school. Certainly, knowing that you will be publicly humbled on any number of occasions during your law school career, but you will be competing in an arena of academic peers that are just as sharp as they, and they will be judged on a rubric with which they are unfamiliar with.

Let’s turn our eye now towards the actual academic workload that is involved. There is a great deal of academic workload involved, and that is particularly true of first-year law studies. While attending class as an undergraduate was certainly appreciated, most students soon realized that merely reading the assigned reading would normally garner them an A for the course. Not so in law school.

Law school lectures might only tangentially bisect with the assigned reading with the classroom lecture being used to expand on theories, background, and supporting material designed to buttress the reading. As such, each hour of classroom lecture will prove far more grueling than any previous classroom experience owing to the fact that any given fact in lecture might equate to points lost on the exam.

The key point being, every bit of knowledge you learn, either from reading or lecture, might be relevant to a future case, and unlike many disciplines, there is very little information learned in law school that will not be of use at some point or another. As such, “skating through the reading or lectures” with a plan to cram prodigiously for the final is not recommended.

The new law student can plan on spending a great deal of time moving through the assigned readings. With an estimated three to four hours of reading a night, the likelihood of catching up is highly unlikely owing to the fact that the readings just don’t stop. Indeed, it is this pedal to the metal philosophy from day one of law school that makes law school so difficult.

The first year of law school is a pressure cooker of hard work, lack of sleep, and stress that can take a toll on the first-year student. This combination of heavy course and reading schedule, coupled to the unfamiliar teaching methods, with very little feedback, is a tinderbox of stress and anxiety. Navigating law school successfully will require landing on your feet running, and the ability to recover quickly from the inevitable stumbles that accompany law school enrollment.

The vast majority of successful law school graduates will willingly admit that when it comes to learning the law, the first year of school is probably the most difficult. The sheer amount of information and data that must be mastered can be brutal, and the fast pace approach guarantees that your law school experience will be the most rigorous educational system you will ever endure.

Those students who adapt quickly to these changing educational dynamics, and survive that first year of law school, will find that the law school experience is possibly the best years of their lives. Looking back with a sense of accomplishment, more than a few will probably also admit that those years were in fact some of the hardest schooling that they ever endured before or since.

Is law school really that difficult?

Law school is extremely hard. Any educational challenges faced before hand is no where near as rigorous or as stressful. The work required and the stress you will face is infinitely more than the students face in college.

Which year of law school is hardest?

The first year of law school is considered to be the most difficult. Material is very tough and challenging. Much more so than college or high school. You must learn a lot of material rapidly and it is taught and tested in a completely different manner and environment

Law school is difficult but less so than medical school. However, a medical career is generally much more rewarding financially and emotionally. Law school is also much quicker and cheaper which means you can start your career sooner and have less of a financial loan burden dragging you down.

How many hours a day does one need to study in law school?

Rule of thumb is two hours of study for evey hour of class. Each class is generally 3 1/2 hours of week and first year students generally take 3 classes (Torts, Contracts and Criminal Law). So figure 7 hours per week for each class with a total of 21 hours a week studying and preparing for classes.