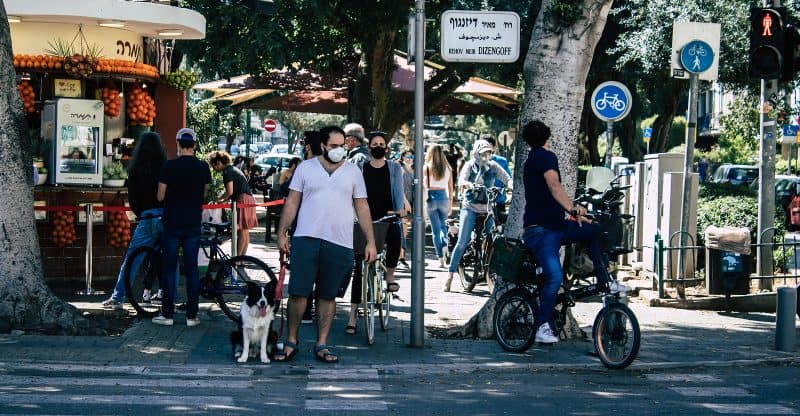 The past few months have been challenging for all parts of the world. The coronavirus pandemic has impacted everyone, sparing no country. Even though a significant amount of attention has been paid to some of the world’s major superpowers in Europe, Asia, and the United States, Israel has felt the sting as well. The virus first started to make its way throughout the news media in January. People were concerned about a mysterious virus that had impacted China. Then, the virus arrived in Israel in March. Quickly, Benjamin Netanyahu ordered the borders of the country closed. This quickly followed by a national shutdown. At first, it seemed like the government was doing the right thing. The Prime Minister had forged a coalition government with the leader of the opposition. Both of them pledged together to focus exclusively on the pandemic for 6 months. The Prime Minister even went on TV on a nightly basis to remind people to wear masks and wash their hands to reduce the spread of the virus.

Because the government had acted so quickly, it seems like the virus was quickly going to be in the rearview mirror. The rate of new infections plummeted. Even though Israel did a great job ramping up their testing, they simply were not uncovering any new cases. By the middle of May, the new infection rate had plummeted to only 10 new cases per day. Of course, this led to the ratings for Benjamin Netanyahu soaring. He even boasted that he had done a better job than almost any other country in the world.

To everyone, including the Prime Minister, it seems like they had quickly controlled the virus. Of course, by shutting down the entire country, this led to a major crippling of the national economy. In order to mitigate these effects, Benjamin Netanyahu decided to reopen the country. He even stated that he wanted to make the lives of his citizens easier. He wanted to allow them to go outside and get some fresh air. He even encouraged people to go outside and have a beer. By encouraging the country to enjoy itself, he also demonstrated exactly how not to manage a global pandemic.

Of course, when the country reopened, the results were predictable. Now, Israel is averaging more than 1,700 new Bible cases per day. As a result, Israel also ranks fifth in the world when it comes to the rate of new cases when adjusted for population. In fact, Israel is just behind the United States. Of course, the poll ratings for Benjamin Netanyahu have also suffered predictably. At his height, he was enjoying an approval rating of close to 75%. Now, his approval rating has less than 50%, according to one polling agency. Furthermore, the home of Benjamin Netanyahu as well as his official residence in Jerusalem, has been a site of major protests on a nightly basis. Largely, these protests are being led by energizing young people who are fed up with the staid Prime Minister.

It is obvious that his people have not overlooked the state of the pandemic in Israel. In addition to crippling the national economy, the country also reopened to quickly. By encouraging people to know about and mostly, the virus predictably spread like wildfire. So, where did the government go wrong?

Where the Government Messed Up

While there are numerous places that the Israeli government messed up, the biggest mistake was in its full reopening of schools. Once the summer ended, students went back to school. This resulted in thousands of infections been contracted by students and staff. The students then went home and passed the virus to their family members. Furthermore, there are numerous epidemiological studies that have been produced. These studies have shown that the reopening of schools contributed heavily to an overall spiked in viral cases in Israel. Thanks to a relatively young population, the mortality rate has been significantly below that of the United States. Overall, there have been just over 500 deaths in Israel even though the population is more than 9 million. At the same time, hospitals are continuing to suffer. Four of the hospitals in Israel, including the largest hospital in the country, are completely full.

Even though many people are drawing a parallel between the political dysfunction of the United States and that of Israel, Benjamin Netanyahu has been willing to admit that he made mistakes. He has admitted that he reopened the economy too soon and has accepted responsibility for it. The only question now is how the government, and its people, will respond.