How Many Personal Injury Claims Actually Go to Court?

Is a Business Owner or Landlord Responsible for a Slip and Fall? 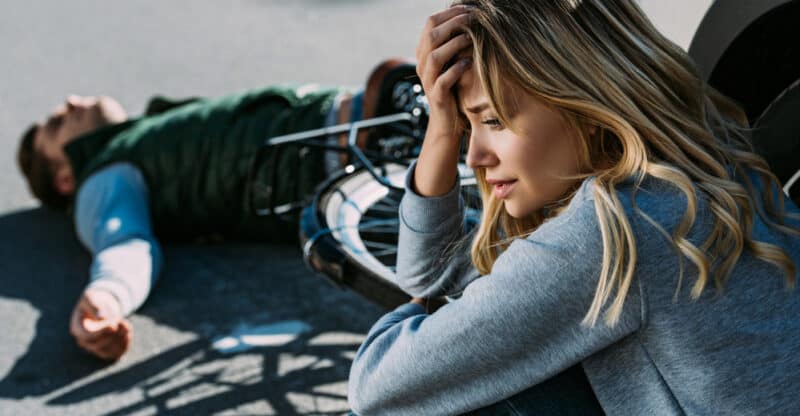 Approximately 45,000 bike accidents occur throughout the United States annually, either causing injuries or deaths. Unfortunately, serious injuries are often the result when these accidents involve a collision with a vehicle, truck, or another roadway hazard. Therefore, a bicycle road accident claim must be filed timely.

The statute of limitations for reporting bike road accidents in the U.S. changes from one state to another, but you have two years to file a claim in most states. For instance, it is two years in California, whereas, in New York, it is three. However, some exceptions apply, depending on the state:

The steps you take after the bike accident are vital to the outcome of your claim with the at-fault party’s or your insurance:

Call the police to the scene

Even if you aren’t injured, call the police to the scene so that they can document the incident in a report. Ensure the police get your version of the accident and report all your injuries to them, even if they seem minor.

Sometimes your injuries may appear several hours or days after the accident, so it is crucial to identify the at-fault driver and have their contact details.

Often, at-fault drivers accept the blame at the scene, only to retract it later or try to say they weren’t at the place of the accident when it happened. Whatever the driver says later, the police report is important to your claim.

Having the police arrive at the scene has a further advantage – if the driver of the vehicle is given a ticket for a driving offense, it makes it easier to settle with their insurer.

Get the contact information from witnesses at the scene of the bike road accident because the police report might not include this.

See a medical doctor or go to emergencies at your local hospital to get medical attention for any injuries, even if they are small. Getting medical attention ensures a record is available of your injuries and their extent. You should also photograph your trauma.

This step can help to ensure you have a record of everything as it happened. When you get home, think about how, where, and when the accident occurred. Write everything down, including details like traffic, weather, and road conditions.

Firstly, take photos of your bike, clothing, helmet, and other damaged property. Don’t attempt to fix your bike or wash the clothes you were wearing. Finally, let only your lawyer access all this evidence, nobody else.

The legal issues that can arise from bike road accidents are complex, so look for an experienced bike accident personal injury lawyer.

Never communicate with any insurance companies because they might try to get you to say something they will later use against you. Instead, leave all communications to your attorney. When dealt with correctly, most personal injury cases are settled before trial.

Your lawyer might suggest hiring a bike accident expert to analyze the accident scene and all other evidence in complex cases.

The value of your bike accident claim will depend on several factors, including your injuries, the cost of your medical treatment, wage loss, long-term impairments, and both emotional and physical suffering. However, if you miss the filing date in your state, you won’t be able to file and get compensation, even if you deserve it.

Can you claim for a bike accident?

Yes you can file a claim for a bike road accident if it was due to negligence or carelessness of someone else.

Can a cyclist make a claim on my insurance?

A bicyclist can absolutely make a claim on your insurance.

How long does a bike claim take?

If the facts are straightforward it may be settled quickly. However, it isn’t uncommon for a bike accident claim to drag out for a year.

Should I report a bike accident?

If you or someone else is injured (or if there is damage) a police report should be made right away.