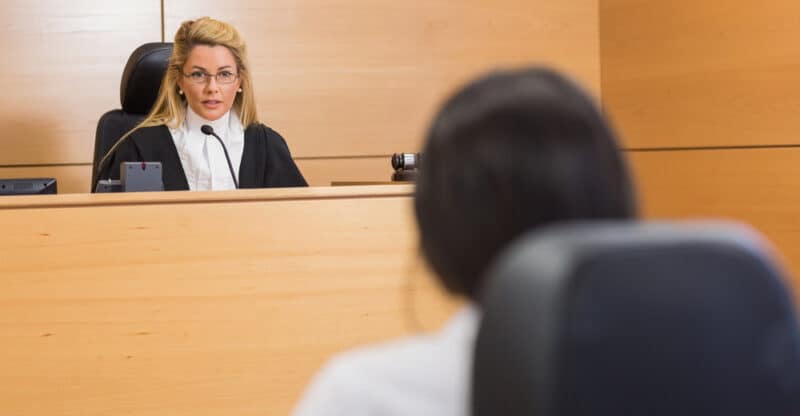 Annually, there are approximately 6 million car collisions, close to 5 million dog bite incidents, and close to 20,000 slip and fall cases in the US. In cases where the negligence of someone caused damages or injuries, victims of personal injury accidents can seek damages from that person, company, or their insurance.

According to US Government statistics, only about 5% of personal injury cases go to court. As for the other 95% of cases, these are settled pretrial. Other exciting statistics indicate that 90% of the cases that go to trial end up losing. However, in the 10% of those cases that win a trial, trial judges usually grant higher compensations than those rewarded by a jury.

Determining Factors for Going to Court

Negotiating outside the courtroom is preferential, but some factors determine whether this is possible:

Insurance companies have skilled negotiators who are trained to offer as little as possible. Therefore, the victim in a personal injury claim requires an experienced attorney who has good negotiation acumen – one who knows when to ask for more, when to pull back, and when to recommend a court battle.

2.      Willingness of the Insurer to Settle

Most insurance companies want to avoid court cases because they are expensive. However, some hate to settle claims, and even the most reasonable lawyer may fail to get them to yield. This will eventually force the lawyer to recommend taking the settlement to court.

When the other party causes the injury, the insurance company may rush to get everything over and done by settling the claim. However, in cases where liability is in question, they may prefer to take their chances in court. Depending on the state laws, an insurance company may want to go to court if there is a good chance of proving partial fault because the courts will not grant any compensation.

Another critical factor is the value of the claim. Insurance companies are always hesitant to settle expensive claims.

Settle vs. Not to Settle

If the insurer offers a meager final offer for the type of injury, going to court may provide a chance for getting a better settlement. On the other hand, if the insurer makes a fair offer, it may be preferable to accept it than risk a lower payment in court. The guidance of an attorney can help.

One of the main factors leading to pre-trial settlements is the fear that a trial will drag on for years. Also, months of investigation are needed to prepare. Personal injury victims are aware that this kind of timeframe carries a heavy financial burden.

In situations where the victims need a quick settlement to help them pay for mounting debt, a settlement is advantageous. If the amount offered by the defendant’s insurance is too low, the attorney starts to negotiate and will only decide on a trial if a settlement can’t be reached or they feel that the insurer is not acting in good faith.

There is the possibility of receiving less money than a court would decide on granting. The plaintiff also cannot reopen the case again because acceptance is a compromise. Even if more information comes up in the future, you cannot renegotiate.

Benefits of going to court

Many wronged people feel a strong sense of justice if they see the person responsible face the expense and stress of a trial. There is also the possibility of receiving more significant compensation. The final award of a trial could be more than the amount offered as settlement.

Drawbacks of going to court

Cases have a more extended timeframe before settling, and plaintiffs are often awarded less than their initially offered compensation. There is also the danger that the plaintiff might walk away with nothing.