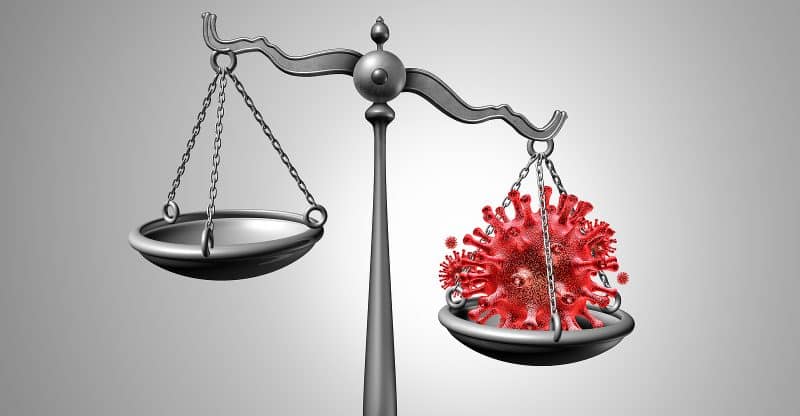 No one was prepared for the economic onslaught or the overall sheer uncertainty of the current COVID-19 pandemic. Adding to this confusion is that the federal government has been accused of not publishing clear directives, leaving states to scramble to decide their own responses to the pandemic.

Photo by Martin Sanchez on Unsplash

A crumb of clarity has been given in the recently passed CARES Act. This grants millions of Americans much-needed financial stimulus and aims to provide courts and other government institutions the capital to make much-needed improvements.

However, recent developments in the Senate have suggested that more could still be yet to come in the form of the proposed HEALS Act. If it comes to pass, it could be a real game-changer for personal injury lawyers and businesses who might be worried about opening during the current pandemic.

What Is the HEALS Act?

The HEALS Act is a recent bill proposed by the Republican Senate to protect much-needed economic growth by providing specific relief for businesses and institutions.

Namely, this is by providing liability protection to businesses from COVID-19 related personal injury claims. It achieves this by putting the onus on the plaintiff to prove that gross neglect or willful conduct has taken place by the business or institution, which has led to the plaintiff’s infection.

The Republican Senate argues that if this Bill is passed, it will provide a much-needed confidence boost to businesses and empower them to return to regular trading hours sooner.

What Can My Client Do to Stay on the Right Side of the HEALS Act?

If your client is a business owner, they should conduct a COVID-19 based risk assessment of the premises.

They should get it now if they are already open or ideally, while they remain closed to demonstrate that they are taking precautions to protect public health within their business.

This might include limiting customer numbers relative to the premises’ size, allowing easy access to antibacterial hand gel, or enforcing mask-wearing amongst employees and customers.

Photo by Artem Podrez from Pexels

On the other hand, if your client is a prospective plaintiff, they’ll need to have evidence that the business or institution in question has caused their COVID 19 infection in a way that the plaintiff was powerless to stop.

This could be by deliberately misleading the plaintiff or forcing them to work in unsanitary conditions.

Plaintiffs must also provide a list of people and places they visited within the 14 days prior to infection to rule them out as possible infection sources.

How Likely Is the HEALS Act Likely to Pass?

The Senate proposed HEALS on 27th July 2020, so it’s too early to say at this point.

However, speculation indicates that it could be a while before we see HEALS in place. This is partially because the House is currently trying to pass their HEROES Act, which the Republicans have stalled up until this point.

Additionally, Republican Senators such as Ted Cruz and Rand Paul have stated that they will not support a stimulus package over $1 trillion dollars so are likely to oppose HEALS despite party alliances.

HEALS aims to give confidence back to businesses to return to normal without fear of the litigation currently plaguing companies and institutions. Although it’s unlikely to pass as is, it could open up negotiations between the House and Senate to ensure businesses are protected in the future.