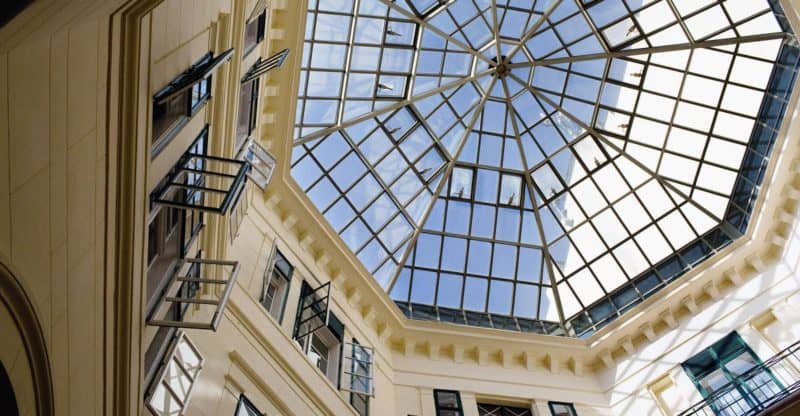 Janos Ader, Hungary’s president, signed a new law on Monday that requires foreign universities to also have campuses in their home countries.

The law sparked outrage and protests in Budapest, as many fear the legislation will push out the Central European University (CEU), run by George Soros. The university has a campus in Hungary but not in the U.S., despite its claim that it has a dual U.S.-Hungary identity.

Tens of thousands of Hungarians protested the law on Sunday in one of the biggest demonstrations against Prime Minister Viktor Orban, Reuters reported.

In a video posted on Index, a local website, protesters stormed into a state radio office in a spontaneous demonstration, and raised the European flag on top of the building. Demonstrators faced a line of police officers, who used paprika spray on the crowd, Index reported.

The law was not well-received by the academic community, with more than 500 leading academics coming out in support of CEU.

President Ader said the legislation did not violate international laws or infringe on academic freedom. Ader urged the government to talk with universities.

In a statement, CEU said it would be willing to negotiate with the government to find a way to stay in Budapest, but would not compromise academic freedom.

“The legislation constitutes a premeditated political attack on a free institution that has been a proud part of Hungarian life for a quarter of a century,” said CEU in a statement. “We will oppose this legislation to the full extent of the law.”

Speaking to parliament, Orban alleged that there was a “disinformation campaign” against the country.

Hungarian officials say the university would be treated the same way other institutions are treated in the country, but the CEU would be prohibited from offering U.S.-accredited degrees.

Critics argue that the law would put the university under the government’s control, and would limit the university’s ability to select students. Officials would also have the power to deny work permits to non-EU teachers.

Orban scrapped a plan to tax Internet traffic a few years ago after major protests erupted. But experts say this legislation is different, and Orban is not likely to backtrack on his move. The government has already rejected calls to suspend its new law, and has maintained that Soros-backed organizations are attempting to mislead the public.

“If the Soros university is driven by good intentions, it will be able to solve the problem,” said the prime minister’s office in a statement.

The law is being investigated by Frans Timmermans, vice-president of the European commission, The Guardian reports.

Timmermans said the legislation sparked widespread concern and was viewed as an attempt to close down the CEU, founded by George Soros, Hungarian-American philanthropist and financier.

“We need to quickly complete a thorough legal assessment of compatibility with the free movement of services and the freedom of establishment,” Timmermans told the press in Brussels.

The U.S. State Department urged Hungary to suspend the law, but the European commission says it won’t go that far until the issue is thoroughly investigated.

The European commission’s vice president promised to have an initial assessment by the end of April. The issue may be taken to the highest court in Europe, and Hungary may be forced to pay a fine for failing to uphold EU law.

The investigation is the latest controversy between the Orban administration and Brussels, which has been disputing over migration quotas. The EU is also concerned about refugees being detained in barbed-wire-fringed camps along the country’s border.