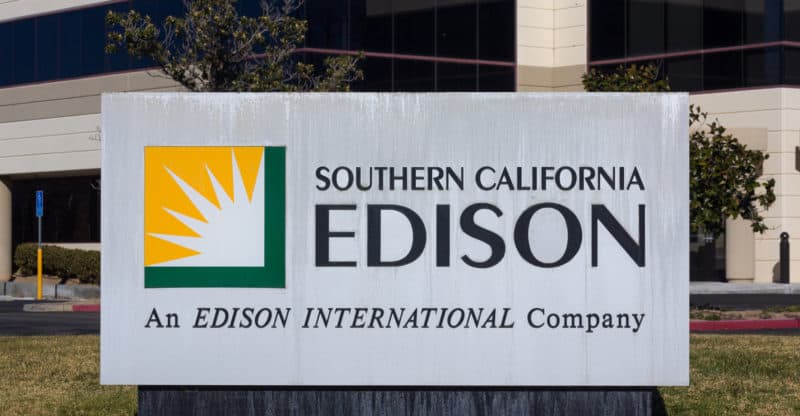 Southern California Edison is to blame for starting one of California’s largest and most destructive wildfires, investigators say.

The utility company’s equipment sparked the Thomas fire in December 2017, which killed two people and devastated communities in Santa Barbara and Ventura.

The wind-driven fire torched more than 281,000 acres and destroyed more than 1,000 structures.

The 13-month investigation, conducted by the Ventura County Fire Department and California Department of Forestry and Fire Protection, found that one of the utility company’s power lines snapped and hit another energized line. The action created an electrical arc that sent hot sparks into the brush beneath the lines.

In October, the utility company said its electrical equipment may be at least partly to blame for the wildfire. The fire, which burned for 40 days, was fought by 9,000 firefighters at one point.

In a statement, the utility company said there was evidence of two ignition points, which led to the two fires that “are commonly referred to as the Thomas fire.”

SoCal Edison also argues that firefighters never preserved footage from remote cameras that could have shown how the fire started.

The full cost of the Thomas fire has not yet been determined. A spokesperson for the Ventura County Fire department said officials have estimated that the fire caused $70 million in damage to public infrastructure. Private property damage is estimated to be between $1 billion and $2 billion.

The estimated cost of fire suppression efforts, according to Cal Fire, is estimated to be $177 million.

SoCal Edison will now be responsible for the insurance claims filed by victims of the Thomas fire, which have reached $1.3 billion, and residents affected by the mudslides.

The Thomas fire was contained just days after the massive mudslides devastated communities.