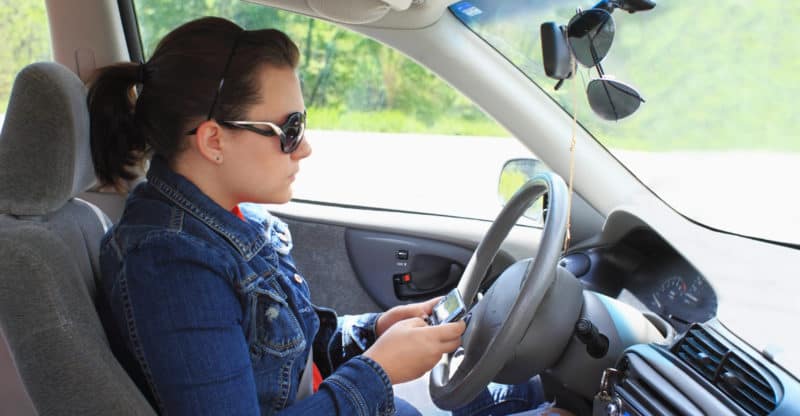 Iowa Governor Terry Branstad signed a new bill into law on Monday that bans texting while driving. The new legislation also establishes tougher laws on drugged driving in the state.

Branstad had called for an outright ban on drivers using hand-held devices while driving, but said the new law will help change driving habits for the better in Iowa.

Under the new law, texting while driving becomes a primary offense, and law enforcement has the option of making drivers convicted of impaired driving undergo twice-daily sobriety monitoring. Convicted drivers would also be required to install ignition interlocks.

“Together, these two bills, which passed with strong bipartisan support, will make an impact on improving highway safety in our state,” said Branstand while signing the Senate File 234 and Senate File 444. Law enforcement officials, legislators and advocates of public safety were present to watch the signing of the bill.

Drivers can still use hand-held devices to check GPS directions or make phone calls, but they can be pulled over and fined $30 for writing, sending or viewing text messages.

“I think when people begin to realize how distracted they are when they’re driving, when they’re using their electronic devices, hands-free is going to be a much easier argument to make in the future,” said Ryan.

Iowa was one of five states to classify texting while driving as a secondary offense for adults, meaning police could only pull over a driver if they suspect they have committed another violation. A texting ban is already in place for young drivers.

“I’m confident that this bill will help send a message to drivers in our state: eyes on the road driving,” said Kim Reynolds, Lt. Gov. Reynolds said she will continue pushing for an outright ban on hand-held devices while driving.