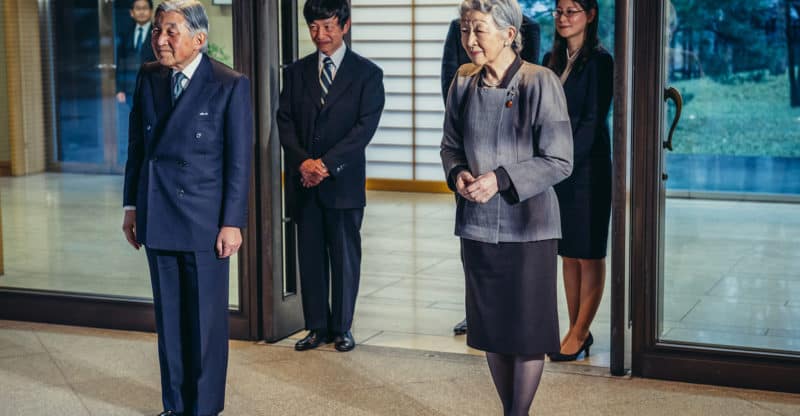 Japan’s Parliament  passed an historic law on Friday that will allow Emperor Akihito to abdicate, making him the first monarch in Japan to abdicate in 200 years. The government has also proposed allowing the royal bloodline to pass through women who are part of the imperial family, the New York Times reports.

Imperial law does not allow sitting emperors to resign from their posts, but the bill allows ailing Emperor Akihito to abdicate the Chrysanthemum Throne to the Crown Prince Naruhito. Prince Naruhito is the eldest of the emperor’s three children.

Emperor Kokaku was the last emperor to abdicate in 1817, and the male line has remained unbroken for 14 centuries or more.

The passing of the bill comes at a time when Prime Minister Shinzo Abe is promoting women’s empowerment. The monarchy is also facing pressure from the public to allow women to rule, as the imperial household shrinks and male heirs are in short supply.

The new law applies only to Emperor Akihito, and gives the government three years to set an exit date. The Japanese media speculates that the timing of the abdication will likely be next year, around the emperor’s 85th birthday.

Discussions over whether to allow females to reign is once again surfacing, which would ease the imperial family’s crisis.

According to opinion polls, the Japanese people approve of allowing women to rule. Conservatives, or Japanese traditionalists, are staunchly opposed to the idea.

The law includes an addendum that encourages the government to consider reforms that would allow women to remain in the imperial family – even if they marry commoners – and head a legitimate line of succession.

But the addendum does not mention allowing women to sit on the throne.

Despite his push for women’s empowerment, Mr. Abe has yet to comment on the role of females in the imperial family.