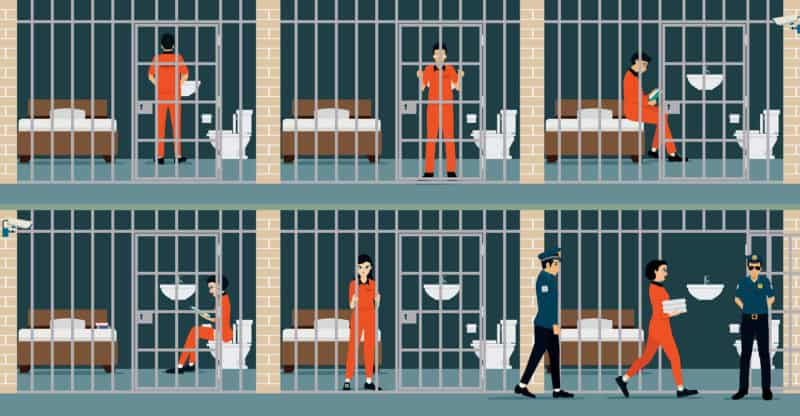 The end of Barack Obama’s tenure in office in January 2017 marked not only the end of a remarkable era but also that of Clemency Project 2014. Nearly 900 federal prisoners were released thanks to the Clemency Project 2014. The project was also known as CP14, and it sought to shorten long prison terms that had been handed under outdated practices.

The project was termed as the largest pro bono project in American history since the American justice department had called on the private bar to help prisoners submit applications. Over the short three-year lifespan of the project, 1705 prisoners had their sentences commuted, and 834 of them had been represented by volunteer attorneys of the CP14. Not only did the project help prisoners have their sentences commuted, but also significantly reduced unemployment rates in New York and other cities and states. The project’s abrupt halt at the end of Obama’s era rendered quite some people unemployed.

Several groups have since launched a clemency project of their own aimed at the state level. Sentencing reform groups, Families against Mandatory Minimums (FAMM), and The National Association of Criminal Defense Lawyers (NACDL) have teamed up on the State Clemency Project. The state clemency project aims to recruit, train and support pro bono attorneys to help state prisoners apply for commutations of their sentences. Unlike a pardon, a sentence commutation ends a sentence without erasing the conviction.

The NACDL and FAMM were both major participants in the CP14 project. The project focused mainly on non-violent and low-level offenders who had no significant ties to organized criminal gangs.

“We are committed to providing training and resource support to volunteer lawyers to facilitate a process through which applicants can have access to counsel who can expeditiously submit a petition that makes a case for a second chance,” remarked Norman L. Reimer, executive director of NACDL. He further added, “We want the executive authority to see clearly that many offenders have learned from past mistakes and are ready to safely and productively return home.”

The proposed return of the state clemency project aims to build on the experience of the CP14. It is said that the project will work with interested governors and clemency boards to lay out criteria for communications and identification of prisoners who want and ought to have their sentences commuted.

“NACDL is proud to build on its experience as a Clemency Project 2014 founding partner in order to make this state-level Clemency Project a success,” remarked the president of NACDL Rick Jones. “As a New York city defense attorney I am especially pleased that Governor Cuomo is taking the lead in this effort. Our goal is to provide the hundreds of applicants with qualified counsel submit first-rate petitions. Our hope is that other Governors will launch their programs and we pledge to support them. It is long past time to recognize that people can change and that redemption is possible. This program recognizes that fundamental truth,” The President further remarked.

Volunteer attorneys in the project will be drawn from the same state as their clients and will work with them to submit their petitions. The project’s staff will also work with state agencies to streamline the application process and gather information that will be used to support commutation claims.

“Those individuals who have worked hard to rehabilitate themselves and took responsibility for their mistakes deserve a chance to get out of the penalty box. Their families, community, and state will be better off with their release,” commented the President of FAMM, Kevin Ring. He continued to add, “We are excited to work with NACDL and Governor Cuomo on this important initiative, and we look forward to partnering with other states.”

New York City adopted its own Clemency Project as it upped its bid to free convicts of petty crimes and stamp out unemployment. New York launched its Clemency Project independently in 2015, and the project is said to have already benefited as many as 1700 prisoners in the state. States imprison a lot more people than the federal government does and this is part of the reason why NACDL is campaigning to have more states adopt the Clemency Project.

Other organizations apart from NACDL and FAMM that were part of the federal Clemency Project in 2014 were the American Bar Association and The American Civil Liberties Union and a group of federal public defenders.

Law professors from the country had initially criticized the project claiming that it was too bureaucratic. Some were of the opinion that it could have been done better since the project added more bureaucracy to a judicial process that already had a shambolic process of getting meritorious cases to the president.

Northern Illinois political science professor, P.S. Ruckman remarked, “Obama could have done it all in one step by granting amnesty, like those granted to Vietnam era draft dodgers in the 1970s. The Constitution allows this, in fact, it gives the President the power to structure their clemency grants anyway they like without any need for congressional approval or judicial review.” He further comments, “Clemency 14 really just kind of amounted to outsourcing of the process and more bureaucracy and more waiting.”

According to other attorneys (Roseberry et al.), the CP14 attorney tried to err on the side of inclusiveness. The government criteria excluded prisoners who were convicted of violent crimes and were strongly linked to crime organization gangs and this raised questions whether crimes such as firearms possession count as violent. The pro bono lawyers were asked to examine the individual circumstances of each case, and in cases of uncertainty, the decision of commutation was left to the Department of Justice.

Lawyers volunteered for what may have been the largest pro bono project ever.