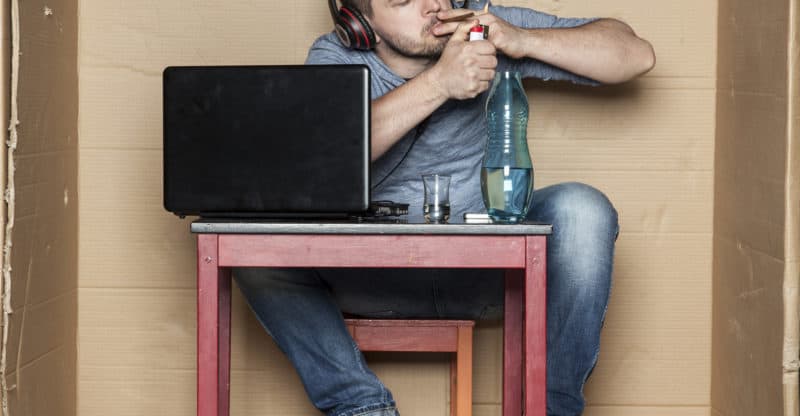 Massachusetts voters opted to legalize recreational marijuana in November, but as the state moves into uncharted territory, many employers are taking the “business as usual” approach.

Although recreational marijuana is legal in the state, the drug remains illegal on the federal level.

Lawyers who specialize in employment law offer conflicting tales of employer reactions to the new law. Many claim drug rules and policies have been largely unaffected, while others say employers are contacting them to remove marijuana from their list of red-flag substances.

Employers removing marijuana from the list say they would rather not lose a good employee because he or she uses marijuana in their free, personal time, the Telegram reports.

Tom Jones, a Massachusetts-based employment lawyer, told the Telegram that many companies that require pre-employment drug testing are making inquiries.

The Regulation and Taxation of Marijuana Act, which went into effect on December 15, 2016, makes it legal for adults to possess, grow and use marijuana.

Despite the drug being legal on the state level, employers are still permitted to maintain a drug-free workplace. Employers may still require workers to abstain from marijuana use at work.

Marijuana’s illegal federal status complicates matters further. Several court cases have ruled that employers who do not accommodate a worker’s medical marijuana use are not violating anti-discrimination laws, as pot is still illegal on the federal level.

Legal experts speculate that if the drug were to become legal on the federal level, employers may be required to accommodate medical marijuana use.

Employers are permitted to perform pre-hiring drug tests on potential employees, but drug tests on employees are only permitted in very specific circumstances. Workers who operate heavy machinery may be subject to drug testing for safety reasons. If employers suspect an employee is working under the influence, a drug test may also be permitted to conduct a test.

The Worcester Regional Chamber of Commerce opposed recreational marijuan use before the measure was passed by voters. The 2,400-member chamber said it wasn’t the marijuana use they opposed, but the logistics of the laws and how they would affect businesses.

While private companies may become more lenient with their drug policies, federal companies and contractors will continue to maintain drug-free workplaces. Truck drivers, bus drivers and other similar positions will still be subject to federal law, which prohibits the use and possession of marijuana.

Members of the North Central Massachusetts Chamber of Commerce have also expressed concerns about worker safety and productivity, and employer liability.

The chamber suggests having a solid drug-free policy in place, educating employees on the subject, and hiring employment attorneys to strengthen their policies.

The Barbuto v. Advantage Sales case pending in the Supreme Judicial Court may help clear up some of the confusion surrounding the new laws.

The plaintiff in this case has Chron’s disease and a prescription for medical marijuana. She was fired for her use of marijuana, as the court decided that employers are not required to accommodate employee medical marijuana use.