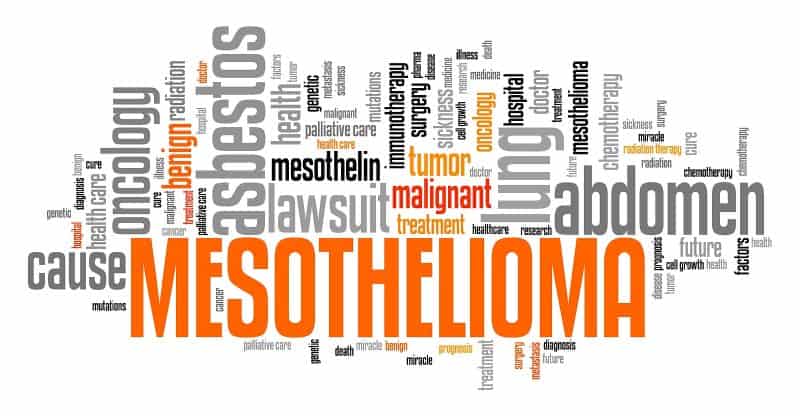 According to the CDC or the Center for Disease Control, mesothelioma seems to be causing more deaths than past years.

This sharp rise scares people in this organization, not to mention regular citizens.

Some of the findings say that asbestos is to blame, but the troubling thing is it might be environmental and secondary exposure, meaning people aren’t even expecting to be exposed to the deadly substance.

What Exactly is Mesothelioma?

This is a dreadful cancer that attacks the mesothelium and is sometimes hard to detect. It occurs when the protective membrane that helps keep internal organs safe is plagued by a cancer.

However, it is important to understand that mesothelioma should not be mistaken as a form of lung cancer.

While both diseases affect the lungs, they occur in different parts of the lung. Mesothelioma occurs in the lining of the lungs, also known as the mesothelium.

The cancer is often triggered by overexposure to asbestos, and it can certainly lead to death as it has been doing to so many people throughout the years.

Most people believe that asbestos exposure is no longer a problem. Most companies don’t use the material, and buildings with asbestos are usually updated.

Still, the reality is that asbestos is still here, and it is still affecting many people.

Asbestos does not only affect people who work with the material, but friends and family members could be exposed through secondary exposure if this individual brings the fibers along with him or her unknowingly.

The environment can also carry asbestos, meaning people who weren’t even thinking of about this issue could be affected by it.

How is Mesothelioma Still Affecting People?

The reality is that there are still enough commercial mining locations where asbestos is actually mined.

These locations may sometimes release asbestos into the air, and this contamination does not get dispersed as quickly as some might hope.

It should also be pointed out that people who work in locations where asbestos is mined or where rocks that contain asbestos are constantly broke may be the ones who carry these mineral fibers home.

It should also be pointed out that natural asbestos does exist in certain rocks or soils, but the amounts are relatively low.

The problem arises when construction or other kinds of activity disturbs these natural deposits and releases the asbestos.

This means that construction, road building, road repair, or even soil and rock harvesting could release asbestos into the environment.

Furthermore, any exposure that does occur may be hard to assess properly in order to find the people who might have been responsible for this exposure, especially without the help of an experienced asbestos lawyer.

This is the reason the best way to fight this particular kind of danger is through prevention.

Effectively Reducing the Risk of Exposure

There are a number of steps a person can take to prevent asbestos exposure or at least reduce the risk.

It may feel that this type of exposure is impossible to run away from, but the reality is that knowledge can make a difference.

First off, a family that works in construction needs to make sure that all clothes and shoes are removed quickly as well as sterilized.

In fact, it might be a good idea to simply remove shoes before entering the house since shoes are likely to collect dust while out, which could have some natural occurring asbestos.

Of course, it is important to avoid old buildings that look like they are in a state of disrepair as well as locations that look unkempt and dusty.

It might also be a good idea for a person to only use asbestos-free soil and landscaping material when he or she needs to work on his or her home.

It might be a good idea to wet any ground that is going to be gardened on or played on by kids. The moisture helps keep dust from rising into the atmosphere where it can be easily breathed.

Asbestos is a real threat, and it is important that this is pointed out because many people still think it is a bygone problem.

Clearly, this issue is still here, and precautions must be taken. Laws must continue to regulate activity that may expose people to it and compensate those injured by asbestos.