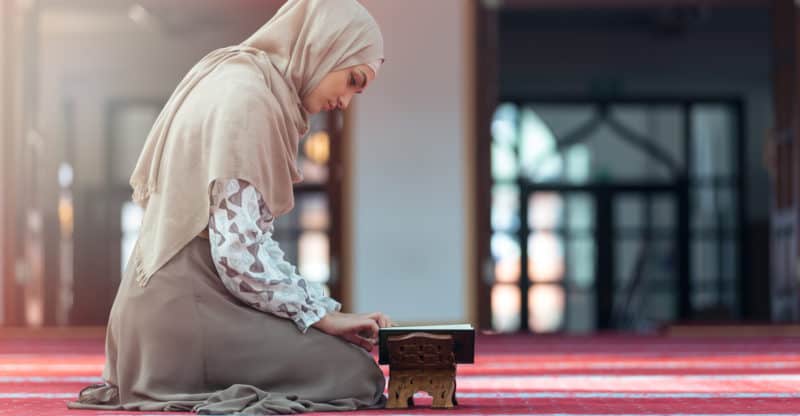 Under a new bill proposed by Michigan Rep. Michele Hoitenga (R-Manton), residents of the state would be prohibited from using other countries’ laws in a courtroom, MLive reports.

While Hoitenga said the bill doesn’t target Sharia Law specifically it would be included in the legislation.

In an email sent Monday seeking co-sponsors, Hoitenga wrote: “If you have not heard by now, a doctor in Detroit is being charged with operating an underground clinic that actively engaged in genital mutilation on young girls, essentially practicing a fundamentalist version of Sharia Law.”

The doctor Hoitenga is referring to is Dr. Jumana Nagarwala, who was charged with mutilating the genitals of young girls in a clinic in Livonia.

On Monday, Nagarwala’s attorney argued at a detention hearing in federal court that the procedure was a part of a religious practice tied to a small sector of Indian Muslims, called Dawoodi Bohra.

Nagarwala’s attorney said the doctor removed only the membrane from the genitals. The membrane was given to the girl’s parents, who then buried it as part of their religious custom.

The government alleges that Nagarwala performed the procedure in secret, potentially harming girls across Michigan. She did it after hours, they said, and in an unnamed clinic in Livonia. No records or bills were kept.

The judge concluded that Dr. Nagarwala is a flight risk and danger to the community.

Nagarwala worked as an emergency room doctor at Henry Ford Health System. Her case is the first criminal case of its kind in the U.S.

The case centers on two 7-year-old Minnesota girls who were visiting Detroit with their mothers, completely unaware that they were going to have their genitals cut, prosecutors argued.

Court documents reveal that the girls thought they were visiting the city as part of a “special” girls trip. The girls were told to keep the procedure a secret, but the FBI found out.

Prosecutors say this is the first criminal case in history that relies on the federal law banning female genitalia mutilation.

Nagarwala is also facing prison time for another crime she has been charged with: Transporting an individual with the intent to engage in criminal sexual activity. The doctor is also being charged with lying to a federal agent.

Nagarwala is a U.S. citizen living in Oakland County and has no criminal history. She earned her medical degree in 1998 from Johns Hopkins University.

Hoitenga’s proposed bill is drawing criticism from Democrats, who argue that Sharia Law is not connected to female genital mutilation.

“As a Muslim, I can tell you that I’m not aware of a fundamentalist version or another version that encourages female genital mutilation,” said Rep. Abdullah Hammoud (D-Dearborn). “That’s just not a thing.”

Hammoud says female genital mutilation is a cultural issue, not a religious one.

Those opposed to the bill say the part of the legislation that bans “the practice of foreign laws” may be used to ban certain religious practices.

Hoitenga told MLive that the bill referred to foreign law being recognized in courts, and did not target Sharia Law.

Rep. Jeremy Moss (D-Southfield) says the bill may have unintended ramifications for many religions, including Judaism and its practice of circumcision.

“If you’re going to define genital mutilation as a ‘foreign law’ then the opponents of male circumcision are going to use that bill to stop Jewish religious practices,” said Moss.

Hammoud claims the bill was founded on Islamophobia and xenophobia.