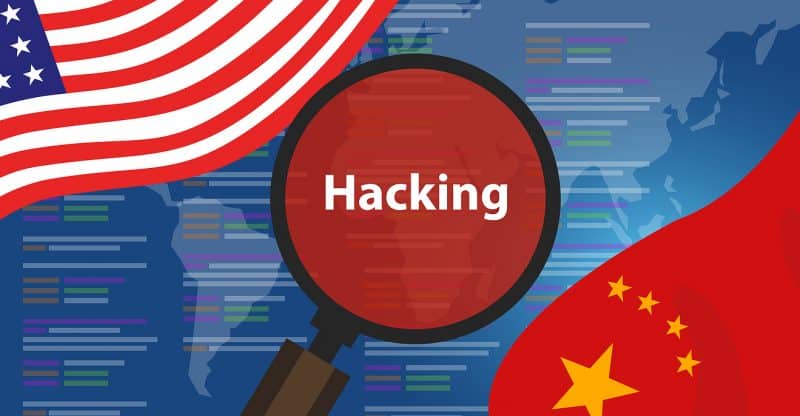 The Trump Administration’s effort against cybercrimes, especially by the Chinese, has proven fruitful. Earlier this year, the FBI and Department of Homeland affairs already issued a joint statement about Chinese-backed hacking attempts. These were on companies developing vaccines for the coronavirus and involved other intellectual property around the world.

Even though the Deputy Attorney General Jeffrey Rosen stopped short of accusing the hackers of working on behalf of the Chinese government, he insinuated the attacks appear to have both monetary gain and espionage purposes. In a statement, the DAG said the Chinese authorities were also able to enforce laws against hackers. He added: “But they choose not to.”

DAG Rosen alleges one of the Chinese defendants appears to have close ties to the Chinese Ministry of State Security. According to Reuters, the Chinese Embassy in Washington has not responded to an email for comment so far.

Meanwhile, the two Malaysian accused are businessmen Wong Ong Hua, 46, and Ling Yang Ching, 32, and they operated through SEA Gamer Mall, a Malaysian firm. They are charged with conspiring with two of the Chinese accused to profit from video game companies in the U.S. and abroad. Measures implemented by Microsoft helped in the efforts of the Department of Justice.

Not long after the charges against the seven were announced, U.S. prosecutors indicted two Iranians on cyber intrusions. Hooman Heidarian, 30, and Mehdi Farhadi, 34, allegedly stole data from various organizations including universities, think-tanks, and nonprofits.

Even though the targets were unnamed, the data included national security intelligence, unpublished scientific research, nuclear information of a non-military nature, and data about aerospace. According to the Justice Department, not all the information was obtained for Teheran, part of it was sold on the black market to interested parties.

Iran, China, Russia, and North Korea consistently deny they have hackers working for them. Assistant Attorney General for National Security, John Demers points out that it is obvious they turn a blind eye to hackers from their countries if they routinely provide their governments with information.