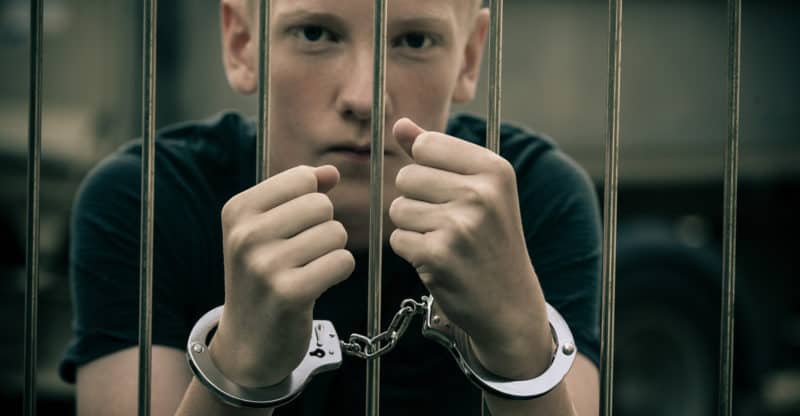 New York Governor Andrew Cuomo on Monday officially signed into law a bill that would prevent all 16- and 17-year-olds from being tried as adults in New York State.

The bill has been on and off the table for decades. New York was previously one of only two states that tried 16- and 17-year-olds as adults.

North Carolina remains as the only state to try teens in this age bracket as adults.

Under the new law, the majority of cases involving 16- and 17-year-olds will be diverted to Family Court or a judge with access to special training and social services.

“The most liberal, most progressive people, and we have the most cruel, the most unjust result you can imagine,” said Cuomo, who signed the bill alongside Rev. Al Sharpton and Akeem Browder, brother of Kalief Browder, who exposed the danger of placing minors in adult prisons.

But some who advocated for the law say they were disappointed with the end result.

Parker said lawmakers made the bill more complicated than it needs to be.

Under the law, cases involving 16- and 17-year-olds charged with misdemeanors would be handled in Family Court. With nonviolent felony cases, the proceedings would still begin in Criminal Court as part of a new section known as “youth part.” Cases would be heard in front of judges with family law training.

Alphonso David, Cuomo’s counsel, said that while the “extraordinary circumstances” are not defined, it would be understood to mean “exceptional” or “astounding” situations. The majority of youths, he said, would wind up in Family Court.

In violent felony cases, which account for 1% of juvenile charges in New York, the teen may be diverted out of the youth part, depending on whether the defendant used a weapon, the victim sustained significant injuries, and criminal sexual conduct was involved.

The rules for juvenile detention will also change as of October 2018. Offenders under the age of 17 will no longer be held in county jails. A similar rule will go into effect for 18-year-olds a year later.

All 16- and 17-year-olds will be removed from Rikers Island.

“Don’t tell me it takes 10 years to fix that abomination,” said Cuomo, taking a jab at Mayer Bill de Blasio’s plan to shut down the jail in the next decade.

Democrats and Republicans engaged in an intense back-and-forth before the bill was finally signed into law, with Republican Senate Leaders fighting for a number of conditions before agreeing.

The law signed by Cuomo will also seal records of juvenile offenders and retroactively seal records of formerly incarcerated individuals, dating back as far as ten years, provided they maintained a clean record. This portion of the bill will affect 12,000 New Yorkers.

Still, some progressives in the state say the law doesn’t go far enough. Senator Diane J. Savino said the debate is not necessarily over.

“For those who don’t think it goes far enough, I will remind you: We are not dropping off the end of the earth tonight. Laws are made to amend them,” said Savino.

Others say the bill may allow some juveniles to wind up in county jails, but noted that the bill was a step in the right direction.