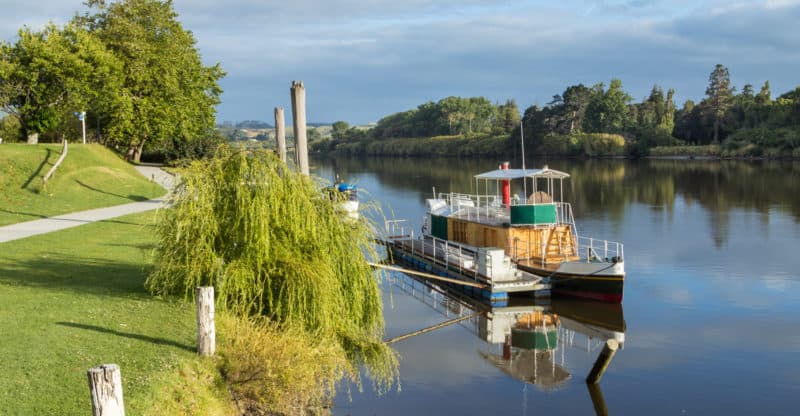 In a first for the nation, New Zealand lawmakers have granted the legal rights of a human to the Whanganui River. After more than 140 years of legal struggles, the parliamentary vote grants the 90-mile river two guardians, which will represent the waterway in all legal matters.

The legislation is a tremendous victory for the Māori people. Gerrard Albert, head negotiator for the Whanganui tribe, said the Māori view the river as “an indivisible and living whole.”

Albert said the victory was the result of a “long, hard battle,” which earned the river, known as Te Awa Tupua, legal recognition.

Two representatives will be appointed to the river, one from the government and one from the tribe. The settlement, the BBC reports, will also include $30 million in improving the river’s health and $80 million in financial redress.

“It’s not that we’ve changed our worldview, but people are catching up to seeing things the way that we see them,” Adrian Rurawhe, a Māori Parliament member, told the New Zealand Herald.

The legislation is a new one for the New Zealand government. The Māori have been seeking legal protection for the river since 1873. The case was “one of New Zealand’s longest running court cases.”

“I know the initial inclination of some people will say it’s pretty strange to give a natural resource a legal personality,” said Chris Finlayson, Ministor for Treaty of Waitangi Negotiations. “But it’s no stronger than family trusts, or companies or incorporated societies.”

The legislation also apologizes and acknowledges the ways the New Zealand government has failed to recognize and respect the relationship between the Māori and the river.

“This legislation recognizes the deep spiritual connection between the Whanganui Iwi and its ancestral river, and creates a strong platform for the future of Whanganui River,” Finlayson said.