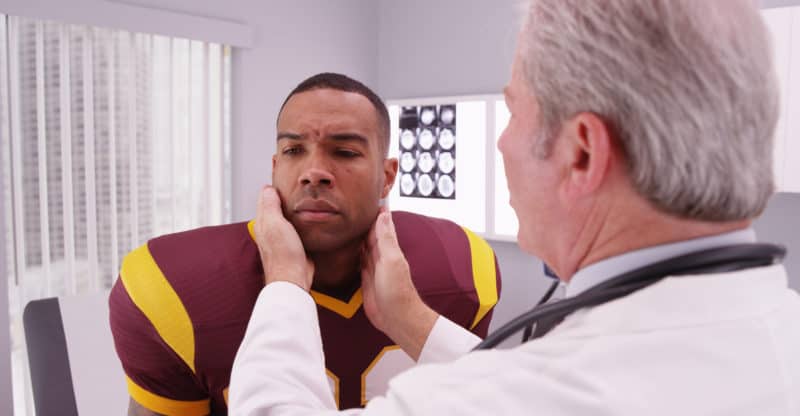 The family questions whether the judge trying the case will approve the deal without the NFL providing any evidence, asserts Jared Beck, the Gilchrist family lawyer.

An appeal is expected to delay payouts for months.

Lawyers for over 21,000 retired players insist that the players need medical help and financial help now. Gilchrist’s family is the last holdout in the deal. The family questions why the awarded money changes between the types of concussions, although evidence links specific types to football.

Average payouts under the deal would come out to $190,000, according to ESPN.

Gilchrist died in 2011 from cancer. He was found to also have CTE, which caused him to have emotional and psychological difficulties.

Former players held the league accountable for their actions and failure to protect players from life-altering brain injuries. Research has shown that chronic brain injuries can lead to cognitive defects, dementia, mental illness, memory loss, Parkinson’s syndrome and a variety of other conditions.

Lawyers that represented former players will split fees that are expected to surpass $112 million.

The knowledge about concussions has done little to curb the amount of concussions that occur in the NFL today.

The extent of the injury was not reported, but he was expected to not play until September 11 as a result of the injury. The star player suffered from ankle injuries, which kept him out of play for almost half of the 2015 season. He quickly posted on Twitter: “I Promise I’m ok Cowboy nation.”

He later posted “I wanted to fly out, but my trainers wanted me to rest…. I be to amped bro lol” when a fan said “we need you out there champ.”

Bryant, eager to play in every game, is a prime example of players that have concussions and have injuries that need to stay out of gameplay until fully healed. Former players, before concussions came into the spotlight, were often allowed back into games or allowed to return too early following a concussion.

Concussions are on the rise in the NFL despite the lawsuit. ESPN reports that the amount of diagnosed concussions rose 32% in 2015. The figure went from 206 concussions in 2014 to 271 in 2015. The extent of the concussion rise is a concern for players after enhanced concussion protocols helped curb incidents in 2013.