How To Start A Family Trust 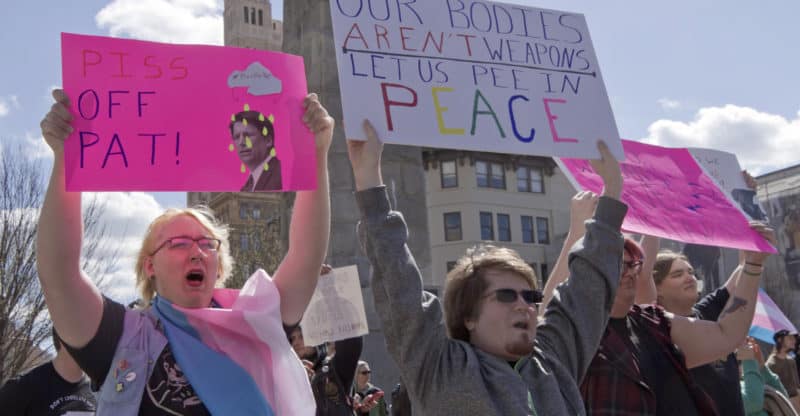 North Carolina Governor Pat McCrory has dropped a lawsuit against the U.S., which asked that the federal court preserve the controversial HB2 law. The “bathroom bill” limits civil rights protection for members of the LGBT community and requires individuals to use the bathroom that matches the gender on their birth certificates.

According to court documents, Gov. McCrory listed “substantial costs to the State” as a reason for dropping the suit against the federal government. McCrory added that the lawsuit was not in the “interests of judicial economy and efficiency.”

North Carolina has lost a substantial amount of business since enacting the law. Performing artists, sports organizations and event organizers have boycotted the state. The NBA, NCAA and ACC have all pulled games and championships from the state in a stance against the discriminatory law.

The suit was filed in May by the governor after Attorney General Loretta Lynch threatened to cut federal funding to the state. Lynch said the law violated the Title IX and Civil Rights Act. The Department of Justice filed a countersuit that sought to ban enforcement of the law, which it called “impermissibly discriminatory.”

Republican legislators who initially supported the law and helped bring it to pass are now changing their minds on HB2. At least two of the state’s legislators have backed off their support: Senators Rick Gunn and Tamara Barringer.

Governor McCrory has thus far held his ground, refusing to repeal the law. Now, the governor says he will repeal the law, but only if the city of Charlotte repeals an ordinance that protects LGBT people from discrimination.

The city, which arguably sparked the enacting of the HB2 law in the first place, enacted an ordinance that prohibits businesses from discriminating against LGBT people and allows them to use the bathrooms and locker rooms of the gender they identify with.

The mayor of Charlotte said she has no plans of backing down, and the issue of repealing the ordinance is not even on the agenda for the next city council meeting.