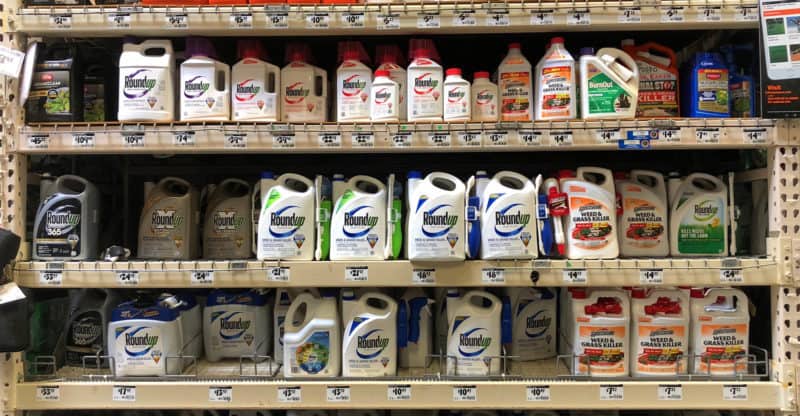 Two cities in North Bay will no longer be using Roundup, a Monsanto brand of week killer. The decision came after a jury awarded a grounds keeper $289.2 million. The former Benicia School District worker was in constant contact with the weed killer and claims that it caused him to develop terminal cancer.

Novato city’s mayor, Josh Fryday, announced that the city will no longer use Roundup or any products that contain glyphosate, the ingredient linked to cancer. Fryday says, “We value the environment, we value protecting our children.”

The City of Benicia will also no longer use glyphosate products, or Roundup, following the ruling.

Dewayne Lee Johnson, the former groundskeeper, was in contact with Roundup 30 times a year, spraying the weed killer in bulk. It took just two and a half years before he was diagnosed with non-Hodgkin’s Lymphoma.

Johnson claims that the case is much bigger than just him and that he hopes his case will help Roundup gets the attention it needs for people to make the right choice when killing weeds.

Monsanto will appeal the decision claiming that there is “overwhelming” evidence that Roundup and glyphosate does not cause cancer. Monsanto claims that the ingredient has been safely used for 40 years.

The legal battle is expected to be long, with Monsanto willing to appeal the decision against the company and keep the case in court. Scientists are continuing to study the link between Roundup and cancer to determine if Roundup causes cancer or if it poses little risk to public health. Researchers warn that studies may be flawed, and that the outcome of the case will be determined based on the status of glyphosate at the time of the ruling.

Novato’s mayor is seeking volunteers that will help groundskeepers pull weeds rather than use glyphosate to kill the weeds.