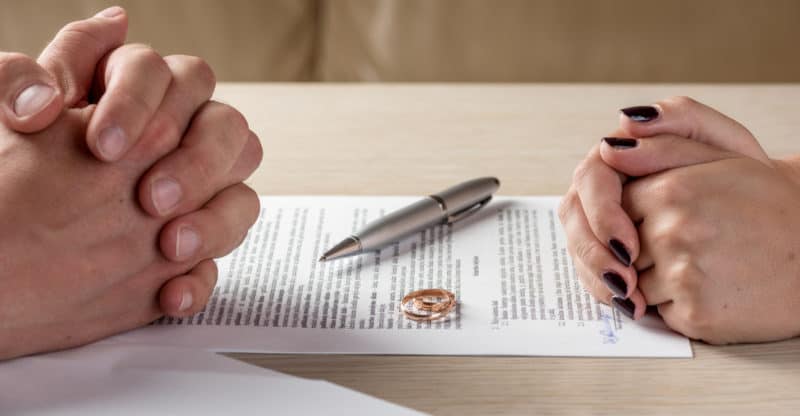 The state of Oklahoma has one of the highest divorce rates on in the country, but a newly proposed law seeks to change those statistics by making it more difficult for certain couples to get a divorce.

In 2016, Governor Mary Fallin signed a bill into law that makes it more expensive for couples to get a divorce. Now, couples may have to overcome more obstacles to be granted a divorce by the court.

Under current law, couples in Oklahoma can obtain a divorce on several grounds, including adultery, abandonment, extreme cruelty, impotence, incompatibility and fraudulent contract.

House Bill 1277, introduced by Rep. Travis Dunlap, would all but remove “incompatibility” as reason for divorce for certain couples.

The bill, known as the “Fairness in Fault Act” would prohibit courts from granting a divorce on grounds of incompatibility if: there are minor children, either party submits a written objection to the divorce, or the couple has been married for ten years or more.

If couples meet one or more of these criteria, a divorce will only be granted on one of the other grounds for divorce in Oklahoma.

Along with making it more difficult for couples to divorce, the new law would also make one party responsible for the bulk of the court costs.

The bill states that “the court shall order that party to pay the other party’s expenses, including attorney fees” if the judge finds one person at fault for the dissolution of the marriage.

If one party is found to be at fault, the court will “award only one-quarter of the marital property” to the party. The remaining three-quarters would be awarded to the other spouse.

Many Oklahoma-based marriage counselors say that they believe the law is well-intentioned, but may not have the effect lawmakers are hoping for. To stop divorces, they argue, the effort should be focused on helping couples obtain marriage counseling by offering financial assistance.

Legal experts say that the law would make divorce a nightmare for lawyers and the courts. One local lawyer told KRMG that incompatibility is the most common reason for divorce in Oklahoma.

“That’s going to extend that (process) out even further. The judge is going to have to try every case,” the lawyer said.

Others say the bill would do little to deter divorce, as couples would simply choose a different reason, such as adultery, impotence or abandonment.

The bill was presented on February 6.