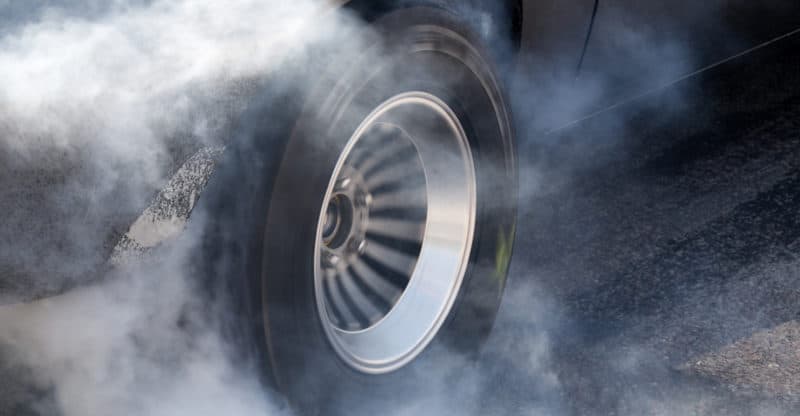 A three-car collision in Boxford last month led to the death of one man and the injury of four others, including a child. Law enforcement officials suspect drag racing may be the case of the accident.

The collision, which took place on I-95 South, occurred just moments after two cars were reportedly racing in the area, State Police said.

Prior to the accident, local police say they received numerous 911 calls about two vehicles racing in the area on the northbound side of the highway.

A 24-year old woman from New Hampshire collided with a tracter-trailer from behind just one hour after the other crash, said Matthew Guarino, State Trooper. That woman was flown to a nearby hospital with serious injuries.

Michael Espinola of Peabody was pronounced dead at the hospital after the first crash, police say. He was allegedly traveling at a high speed in his 1997 BMW convertible when he crossed into oncoming traffic. Espinola collided with a Honda Civic and an Acura MDX, according to the accident statement.

Troopers from Newbury responded to the accident along with Georgetown, Topsfield and Boxford emergency medical services and fire departments. Espinola was in “traumatic arrest” when he was pulled from his vehicle. He was later pronounced dead at an area hospital.

Four people in those vehicles were injured and taken to Beverly Hospital with non-life-threatening injuries. A 12-year-old girl and two 64-year olds were among those injured in the collision.

The crash occurred near Exit 53 around 10 p.m. Minutes before the crash, police received a call that two vehicles were “apparently racing” in the southbound lanes.

The Essex County district attorney’s office is aiding in the investigation into the crash.

Espinola’s family does not agree with reports that he was racing. His stepson, Alec Olsen, told CBS Boston that the allegations didn’t sound like the Michael Espinola he knows. Olsen says he needs to see evidence for him to believe the claims.

About an hour after the crash involving Espinola, a second crash occurred. At 11.14 p.m., a woman struck a tractor-trailer from behind and spun off into the woods. The 24-year-old New Hampshire driver had to be freed from the vehicle using the jaws of life. She was flown to a nearby hospital with serious injuries.

State Police say it’s rare to have two serious crashes so close together.

“While our small department is no stranger to incidents on the highway, it’s certainly rare to encounter back-to-back crashes of this magnitude,” said Michael Madden, Boxford Deputy Fire Chief.

Three northbound lanes were closed after the accident, as police investigated the scene. The lanes reopened at 1 a.m. on Sunday.

Both crashes are still being investigated by the Massachusetts State Police. The reconstruction, collision analysis and crime scene services teams are aiding in the investigation.