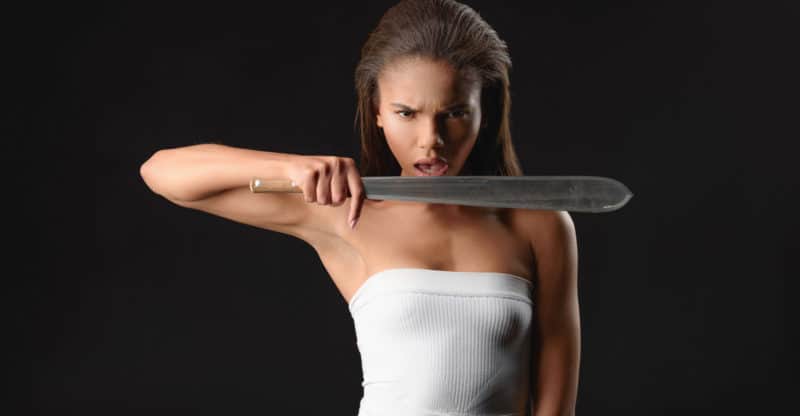 A new Texas law will soon go into effect that allows people to carry swords, machetes and any other type of knife in public.

Beginning September 1, no knives will be considered illegal in the Lone Star State.

The bill, called House Bill 1935, allows any blade over 5.5″ to be carried openly in the state. Blades of that size are currently illegal in Texas.

Several edged weapons will no longer be restricted in the state, including: throwing knives, ninja stars, swords, spears, Bowie knives, daggers, stilettos, dirks and any other blade that’s 5.5″ or longer.

Jeb Hilton of the Amarillo Police Department told News Channel 10 that there will now be “location restricted knives.”

Businesses may also post signs prohibiting swords and other knives on the premises, or ask knife-wielding customers to leave if the weapon makes them feel uncomfortable.

Texas Governor Gregg Abbott signed the bill into law in June, but it will not go into effect until September.

Texas joins Montana and Oklahoma, both of which have both passed similar laws that lift bans on bladed weapons.

The bill, authored by Representative John Frullo, received bipartisan support in February, but it stalled in May after a student at the University of Texas stabbed multiple classmates on campus. One student was killed and three were injured. The perpetrator was arrested in connection to the stabbings.

Just one week after the incident, Representative Harold Dutton Jr. introduced an amendment that restricted blades 5.5″ and longer from bars, schools, churches and sporting events.

In January 2016, Texas passed a law that allows open carry of firearms with a few location exceptions.