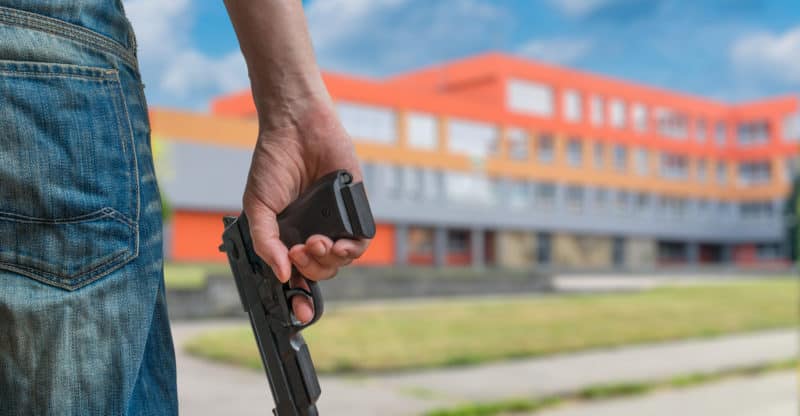 Sponsors who pushed for a referendum to repeal an Oregon gun control law did not gather enough signatures to put the measure on the ballot. The legislation was sponsored by two Republican candidates and a Legislature candidate, according to a report from The Oregonian.

The referendum aimed to eliminate a law that permits “extreme risk protection orders.”

The law, which will go into effect on January 1, will permit judges to issue orders that allow law enforcement officials to confiscate deadly weapons from individuals deemed an imminent threat to themselves or other people.

The bill just passed the Legislature. Those opposed to the law say the legislation will allow law enforcement and courts to stomp all over gun ownership rights. Those who support the law say the system will take guns away from people who are unstable or dangerous, and may help prevent mass shootings and suicides.

Thursday was the deadline for the sponsors to gather 58,142 valid signatures. The group said they collected fewer than 25,000 signatures, but time constraint was the primary issue.

The sponsors of the referendum say Governor Kate Brown impeded on their efforts to get the signatures they needed to get the legislation on the ballot boxes. Brown is a vocal supporter of gun control. Last year, the governor accepted a $250,000 donation from Michael Bloomberg, New York City mayor.

Referendum sponsors have until 90 days after the legislative session to turn in their signatures, but petitioners may not begin gathering signatures until after the law has been signed by the governor. The Senate passed the bill on July 6, but Brown did not sign it until August 15.

Rep. Bill Post said Brown’s delay cost the group 39 of their 90 days. Post insists that Brown had no other reason to delay signing the bill other than wanting to hinder the repeal effort.