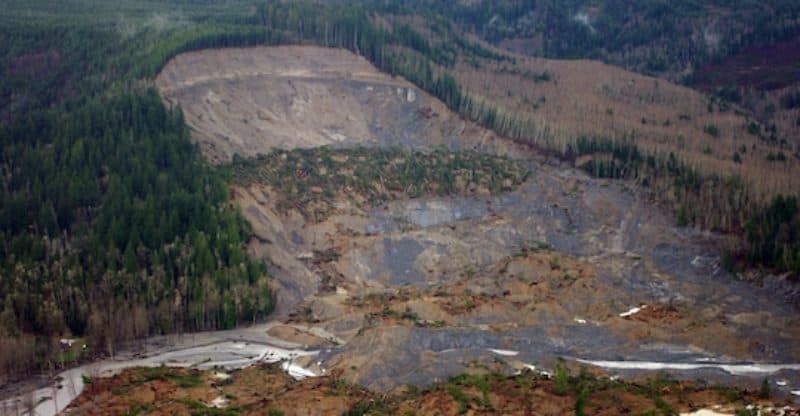 A settlement of $60 million was reached for survivors and family members of people killed in Oso, Washington during the deadliest landslide in the nation. The lawsuit that was filed on behalf of survivors and their families was filed against a logging company that worked above the site where the landslide took place in the state of Washington.

The case was heard in Seattle on Monday where Grandy Lake Forest Associates agreed to pay $10 million in liability claims. The state reached a $50 million settlement the night before with plaintiffs.

The rural neighborhood of Oso was destroyed in the landslide on March 22, 2014. A total of 43 people were killed as a result.

The lawsuit claimed that the logging company undercut the hill, which led to the disaster. Residents were not warned about the danger. Logging was conducted above the slide and a retain wall along the river bank was being constructed.

Plaintiffs filled the pews of the King County Superior Court. Judge Roger Rogoff stated, “I hope the settlement you’ve reached in this case can bring you some measure of closure.”

Many plaintiffs expected the lawsuit to go to trial and be tied up for months in court. The families of victims stressed relief that they didn’t have to relive the details that their family members suffered during the landslide in court.

The settlement money will be distributed evenly to the plaintiffs. A portion of the money will be provided to build a permanent memorial on the site where the landslide occurred.

One victim was driving to work when the landslide killed her. Her family members stated that she was still gripping the steering wheel when her body was found.

Scientists hired to study the landslide deleted emails among themselves that should have been given to the plaintiffs’ lawyers. The settlement quashes the judge’s ability to impose a monetary sanction against the state.