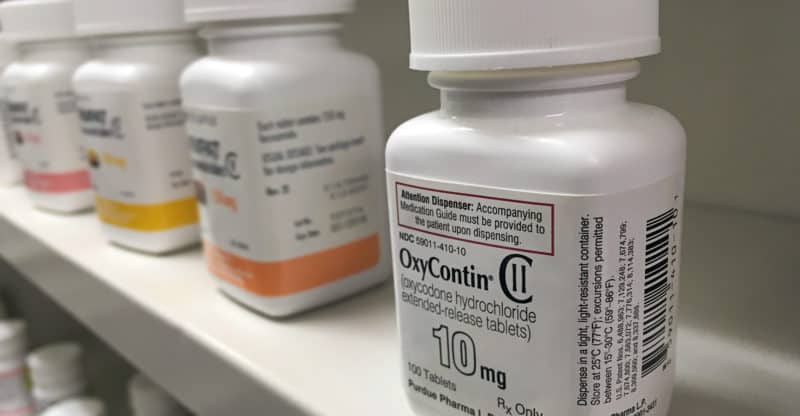 The State of Texas is suing Purdue Pharma, the maker of OxyContin, over the opioid crisis in Texas. Attorney General Ken Paxton is leading the lawsuit, according to an announcement made on Tuesday. Paxton, along with a group of assistant attorney generals, claim that the company misrepresented the risks of addiction that OxyContin presents.

Cities across the country are tackling a rise in opioid abuse and overdoses. Lawmakers are turning to legal systems in an attempt to hold distributors and drug makers liable for the growing opioid problem that resulted in 42,000 overdoses in 2016.

Prescription painkillers are primarily to blame for the health crisis with Oxycontin, Hydrocodone and fentanyl being the main prescription drugs that lead to addiction and potential overdosing.

Texas suffered 1,375 deaths related to opioid use in 2016. Public officials fear that the crisis will continue to worsen as lack of substance abuse treatment continues. Rural areas are hit particularly hard, according to officials in Texas.

Paxton first expressed his intent to file a lawsuit against Purdue on May 10 in a letter to the Texas Supreme Court. The letter claims that the lawsuit falls under the Deceptive Trade Practices Act. The Act forbids misrepresentation of products to Texans.

Paxton claims that the company lied to doctors and patients about the risks of increasing opioid dosages. He further claims that Purdue misrepresented the signs of addiction claiming that the patients needed higher dosages.

Texas continues to investigate other pharmaceutical companies. Paxton claims that he wouldn’t be surprised if the state plans to take other companies to court.

Texas also joined a 41-state investigation into companies that sell and manufacture opioids. The states have sent requests and subpoenas to eight drug makers already. County and city governments across Texas are also filing suits against pharmaceutical companies on the basis of overselling drug benefits while downplaying the risk of addiction.