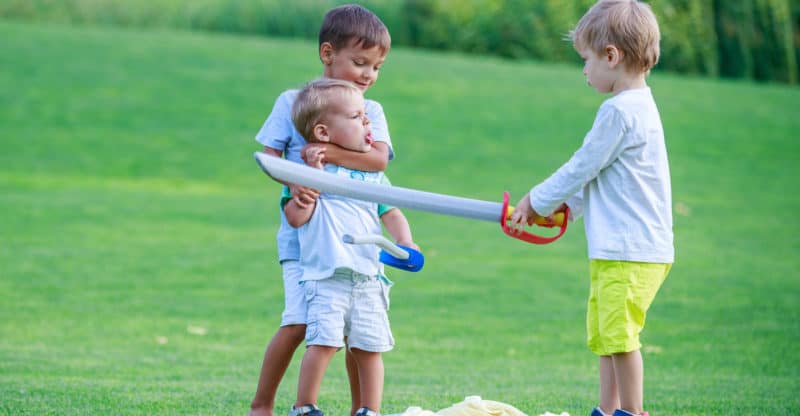 In November 2016, fifteen-year-old Tristan Ballinger was playing with his friends in La Grange, Kentucky. The game involved using a sword for a baseball bat and a plastic bottle for a ball. Tristan and his pals were taking turns hitting the bottle with the sword when something happened. The twenty-four-inch blade of the sword broke off and unfortunately ended up impaled in Tristan’s forehead.

On Wednesday of last week, Michael and Nicole Ballinger filed a suit against the manufacturers who had supplied them with the sword. The couple said that it had ordered the sword online from Top Sword LLC. The company, which is based in the US, did not issue a comment after the suit was filed. Cade Parian, a Georgia-based attorney who will represent the family in the lawsuit, said that the noticeable lack of comment on the side of the company was because the corporation had received no paperwork to do with the case yet.

The Ballingers are going after Top Sword LLC for product liability. According to the lawsuit papers, the family is blaming the injuries Tristan sustained on the malfunction of the sword. The plaintiffs stated that the sword’s blade broke off only because it was secured by glue to the handle. This model is a design flaw because characteristically Samurai swords like the one Tristan Ballinger was playing with have blades that are secured with bolts to the handle. Tristan’s parents allege that had the design been up to par no accidents would have occurred.

Furthermore, Mat Slechter, another attorney representing the family, detailed that the plaintiff’s son had undergone several medical procedures because of the injuries sustained by the inefficiency of the blade. After the incident, Tristan had been in a coma for six weeks. Slechter added that the boy had had to undergo two procedures, one to remove a piece of damaged skull and another to replace the damaged section, both of which were expensive. Tristan was rehabilitated at Frazier Rehab Institute, Louisville. His head wound has left him in a wheelchair, and he also suffers some speech complications.

One might allege that it was Tristan’s mishandling of the sword that led to the unsavory incident. However, his parents state that at the time of shipment, Top Swords LLC had not provided them with a users’ manual. As such, it could be argued that the sword could have been intended for decorative or practical purposes. Also, the Ballingers stated, had the sword malfunctioned during an actual sword fight, the results may have been more dire than Tristan or one of his friends sustaining brain damage.

Slechter called the Ballinger v. Top Sword LLC case a ‘cognizable personal injury lawsuit.’ “No matter what Tristan’s actions with the sword at the time, the defendant is liable for any unforeseen injury that he suffered,” he elaborated. A company can be sued if it does not warn of the possible dangers of its products.

Meanwhile, Tristan continues to recover with massive support from his family and his school community.