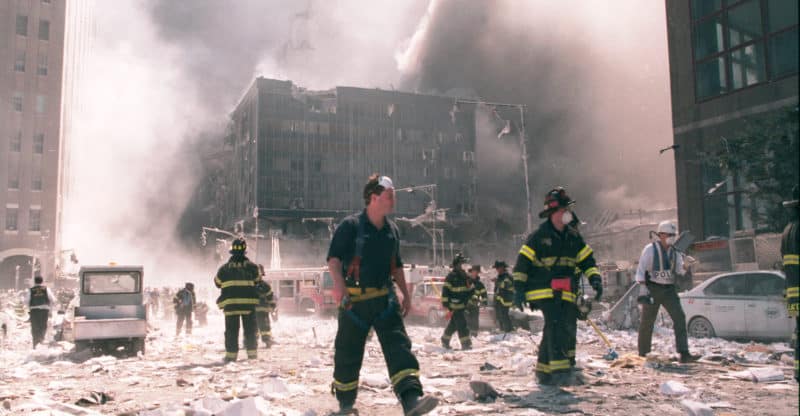 A 52-year-old man from Versailles, Pennsylvania has succumb to mesothelioma believed to have been caused by asbestos exposure in the aftermath of 9/11.

His death is one of many expected among rescue workers at Ground Zero. The collapse of the twin towers released nearly 400 tons of pulverized asbestos into the air.

As the fires burned during rescue operations, volunteers and workers were exposed to toxins, cement dust, metals, asbestos and other hazardous materials.

The man, Nick Ursta, his wife, Margaret, and nine other members of the White Oak Rescue team headed to New York to assist with the rescue efforts. They were stationed at the YMCA building, just one block from Ground Zero.

Ms. Ursta described the scene as chaotic, with dust “everywhere.”

“And asbestos was everywhere, as we would learn later,” she said. “Oh, my God, the smell was terrible — burning flesh and the smell of jet fuel. It was so horrible.”

The White Oak Rescue team spent three days at Ground Zero, but face masks were in short supply. In fact, masks weren’t available until the day after the team arrived. Mr. and Ms. Ursta shared a face mask for the remaining two days before their departure.

The oncology team at University of Pittsburgh Medical Center (UPMC) has confirmed that Mr. Ursta’s mesothelioma was linked to Ground Zero exposure.

As we approach the 20-year anniversary of the attack, doctors expect to see more cases of 9/11-related mesothelioma.