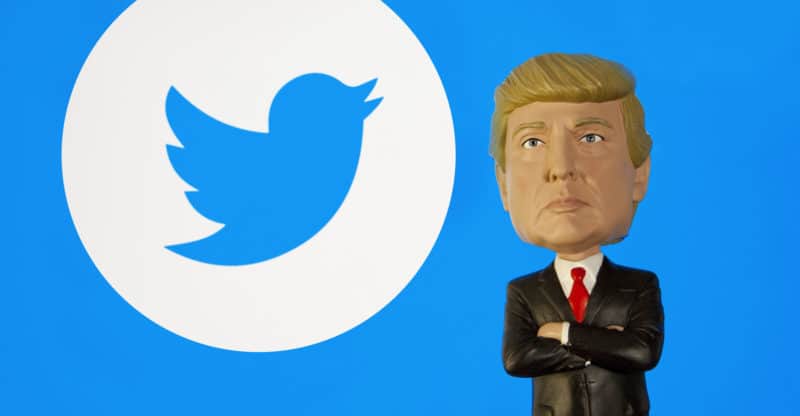 Secrecy and legal experts said on Monday that American presidents have the authority to disclose classified information and are immune to prosecution.

Trump may not have broken the law, but his actions may have serious consequences, experts say. The most serious of consequences, they say, is that U.S. allies would no longer trust the White House to keep secrets or share intelligence information with officials.

News of the leaked information was first reported by The Washington Post, which said the highly classified information pertained to a plot involving the Islamic State. The secrets were reportedly revealed to top Russian diplomats Sergey Kislyak and Sergey Lavrov.

The information revealed was shared by a U.S. ally under an intelligence-sharing agreement, according to the Post.

Kislyak’s past contact with the Trump administration and campaign further complicates matters, and is part of an ongoing FBI investigation.

Those attending the meeting realized Trump’s mistake and attempted to “contain the damage,” the Post report said. Meeting attendees informed the NSA (National Security Agency) and the CIA.

A subordinate of Thomas P. Bossert, assistant to the president for homeland security and terrorism, called for Trump’s problematic remarks to be removed from internal memos. The full transcript was to be limited to just a small circle of recipients.

“The president has the power to declassify our intelligence. He does not have the authority to declassify unilaterally intelligence provided to us by other countries,” said Michael McFaul, former U.S. Russian ambassador.

Violations of intelligence-sharing agreements is not a crime, but Trump’s actions may subject the U.S. to sanctions from individual countries, including the complete nullification of such agreements.

U.S. allies may choose not to share critical intelligence information as a result of the president’s actions.

In response to the backlash, President Trump defended his actions, tweeting: “As President I wanted to share with Russia (at an openly scheduled W.H. meeting) which I have the absolute right to do, facts pertaining to terrorism and airline flight safety. Humanitarian reasons, plus I want Russia to greatly step up their fight against ISIS & terrorism.”

Shortly after, Trump tweeted: “I have been asking Director Comey & others, from the beginning of my administration, to find the LEAKERS in the intelligence community…”

The White House initially responded by stating the story, as reported, was false.

“At no time – at no time – were intelligence sources or methods discussed. And the president did not disclose any military operations that were not already publicly known,” said HR McMaster, National Security Adviser.

While no sources were explicitly revealed, the Post’s report seems to indicate that enough information was revealed that Russia could use the detail to identify the ally or intelligence capability.

“Russia could identify our sources or techniques,” a senior U.S. official told the Post.

Another former intelligence official said it wouldn’t be too hard for Russian spy services to figure out the source of the information.

While Trump’s actions did not break any laws, the information was not his to share with others, experts say. The consequences of the president’s actions will be felt in the days and months to come, but intelligence experts warn that his decision to leak classified information to Russian diplomas may damage the U.S.’s relationships with allies.