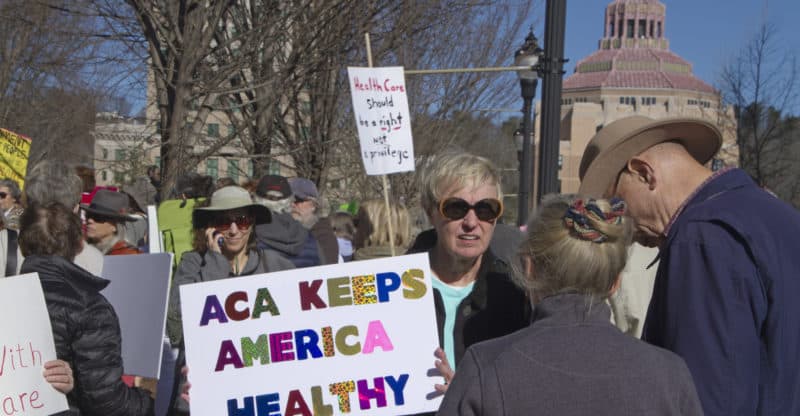 “We haven’t given up on changing the American health system,” said Senate Majority Leader Mitch McConnell. “We are not going to be able to do this that this week. But it still lies ahead of us.”

McConnell did not specify how many Republicans would not vote for the revised health plan, but indicated that the party could only spare two defections.

Three GOP Senators had previously stated that they would not vote for the health plan: John McCain, Susan Collins and Rand Paul.

The revised plan was sponsored by Lindsey Graham of South Carolina and Bill Cassidy of Louisiana.

McConnell and other leading Republicans stated that the repeal effort would likely be revived next year.

“We’re going to fulfill your promise,” said Graham. “It took 18 months to pass Obamacare. It’s going to take a while to repeal it.”

Congress is facing a number of pressing deadlines, one of which is federal funding for CHIP (Children’s Health Insurance Program). CHIP provides health insurance coverage to approximately nine million children. The program is set to expire on Saturday. Some states will run out of funding in the next few weeks, which would force the state to knock children off the program.

Many Republicans have blamed the defeat on the rushed process.

“We ran out of time,” said Senator Ron Johnson. “I’m looking forward to a better process. We take the time – I think we’ll have success.”

Rep. Mark Meadows said on Tuesday that Republicans may try again in a matter of months.

“Failure is not an option here,” said Meadows. “Midterms are coming up.” If Republicans don’t deliver on their repeal and replace promise, voters will punish the GOP “at the ballot box.”