4 Ways to Divorce-Proof Your Business 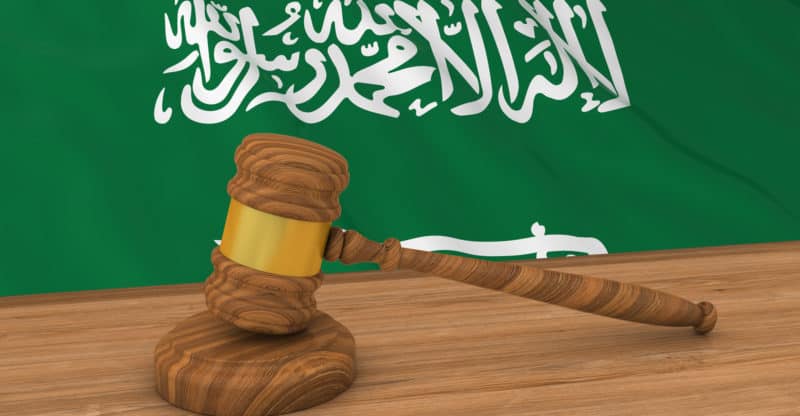 In April, a Saudi judge declared that a woman was of “superior origin” and had to divorce her husband. The matter was brought to the court after Maha Al-Tamimi’s uncle stated that the couple was “socially incompatible.”

Maha pleaded on social media for King Salman bin Abdul Aziz to intervene on her behalf.

The woman, eight months pregnant at the time of the first ruling, pleaded with the courts, stating that she loved her husband. The woman’s husband also reaffirmed his love for his pregnant wife.

She made a statement appealing to the country’s monarch on behalf of herself and her unborn child.

Comments made in court assert that the women married her husband against her father’s wishes. Maha claims that it was an issue of family origins that was the cause for her uncle’s complaint.

Maha married her husband without permission from her family. She argued that she received consent from her brother since her dad lives with a second wife. Her husband states that his wife’s father has been accused of abusing his wife. He states that he has been threatened and intimidated since the couple got married.

Maha vowed never to return to her family even after the divorce.

“The dissolution of marriage in Saudi Arabia is very real,” states Ron Ousky, a divorce expert. “In Saudi Arabia, it’s not uncommon for dozens of marriages to be dissolved due to unequal origin claims,” he stated.

After the April ruling, the couple vowed to appeal the decision, which resulted in a six-month battle that ended on Monday.

The issue, heard in the Al-Ayina Court in Riyadh, led to the decision being upheld in the appeals court. The court’s final ruling is that Maha should divorce from her husband despite the couple being happy and having a child together.

The couple has one more opportunity to appeal the decision.

The Saudi Court of Cassation will have the final decision on whether to force the couple to divorce, or to overrule the verdict. Reports have emerged stating that Mrs. Al-Tamimi refuses to divorce her husband and will not return to her family.

Maya also stated that if the highest court upholds the verdict, she will continue to appeal the divorce at the Saudi Ministry of Labour and Social Development for Protection. The King also has the power to overturn the court’s verdict, but Maya’s social media campaign appealing to the king has been unfruitful to this point.

Saudi Arabian courts often require couples to divorce on the grounds of “racial inferiority,” too. In a three-month period in 2014, there were 14 lawsuits filed calling for marriages to be broken on the grounds of not being socially equal.

The basis is that a person’s bloodline makes them not good enough to be married to someone with a superior bloodline.

Witnesses, family trees and even tribal historians are often brought into the courtroom to prove that one person, based off of their bloodline, is superior to their spouse and should divorce as a result. In most cases, the “superior” spouse is given custody of the children.