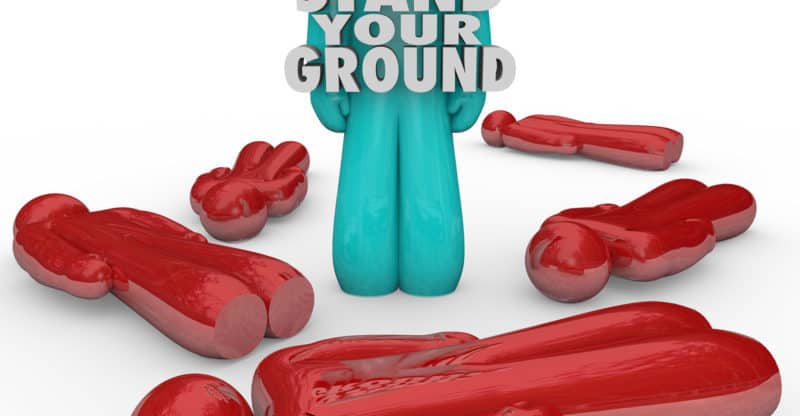 The controversial “Stand Your Ground” law in Florida that sparked a wave of protests following the shooting of Trayvon Martin, was given extra force as Florida governor Rick Scott passed a stronger version of the law which puts the burden of proof on prosecutors to prove a shooter is not acting in self-defense, according to Reuters.

In 2012, the death of Trayvon Martin, who was shot by George Zimmerman, led to public outcry against “Stand Your Ground” and was the catalyst for the Black Lives Matter Movement. According to the original law passed in 2005, a person may use force, even if it results in a fatality, if he or she feels threatened. Florida’s Stand Your Ground law, which was included in the jury instructions during George Zimmerman’s trial, partially formed the basis that acquitted Zimmerman of murder.

The previous version of “Stand Your Ground” required defendants to prove they were acting in self-defense. The new law stipulates that the prosecution in pre-trial hearings must prove beyond reasonable doubt that the defendant was not acting in self-defense. The National Rifle Association, which gave Governor Rick Scott an “A” rating, praised the passing of the renewed bill and stated on its website that the law, “restores the presumption of innocence in self-defense cases by putting the burden of proof back on the state where it belongs.”

Florida isn’t alone in having “Stand Your Ground” legislation; the law exists with a few variations in over twenty states. There is speculation that these states may strengthen their own laws following Florida’s lead. Critics of the law say that it encourages people who feel threatened, even if there is no objective threat, to shoot first and ask questions later. In addition, they state that the revised law in effect creates a trial before the trial, doubling the workload in such cases and giving the defendant extra privileges of having his or her case heard multiple times. The law passed the Senate 23 to 15 along party lines.