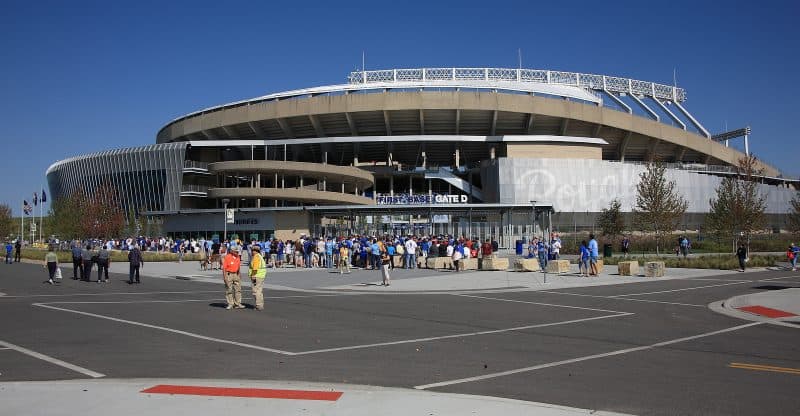 According to a report by the Kansas City Star, the hour-long standoff occurred in the parking lot of the Truman Sports Complex on Saturday, September 12. The unidentified man started firing shots at employees of Kauffman Stadium. He also fired shots at the adjacent Arrowhead Stadium, the ballpark of the Kansas City Chiefs.

Stadium employees were taken out of harm’s way by the police officers who responded to the incident at around 10 a.m. The armed standoff delayed the game between the Kansas City Royals and the Pittsburgh Pirates and the batting practices of both teams were deferred.

Captain Dave Jackson, the Kansas City Police spokesman reported that no one was hit and that the suspect, who was carrying a knife and two handguns, was taken into custody without using force at about 6 p.m.

It is believed that the gunman was having a mental crisis, and the police were negotiating with him the whole time. It was reported that there was no needed to use any force to take him into custody.

Before been booked, the suspect was given a mental health evaluation, but the police did not issue any further information about what prompted the incident, according to a report by FOX 4.

At the same time as the standoff began, the manager of the Kansas City Royals, Mike Matheny had just arrived at Kauffman Stadium. Meanwhile, the police quickly closed off the entrances and parking areas of the ballpark to contain the standoff, but the roads around the area of the complex were kept open.

According to Matheny, who addressed the media about the incident via Zoom later Saturday afternoon, players and coaches had to circle the stadium for a while before they were blocked off and sent home.

He added that the Royals players returned later in the afternoon and had all assembled to prepare for the game by 4 pm. He said: “They got back and were escorted in from a different entrance for safety.”

In the meantime, the Pittsburgh Pirates players were unable to enter the sporting grounds and were forced to delay their departure from their hotel. The original plan was for them to get to the ballpark by 1.30 p.m to start their practice session for the game.

Derek Sheldon, Pirates manager, said that a shooting incident always causes concern and that’s why he delayed the arrival of his team to the stadium. “We needed to make sure the situation and environment are safe for everyone,” he said.

That is why the team only left the hotel when they got word from the Kansas City Police and the from the Major Baseball league that the environment was safe for them to proceed to the Kauffman Stadium.

In his statement about the incident, Sheldon said that the safety of supporters and players was paramount and that baseball can be moved back. The game was played without fans present at the Kauffman Stadium as Major League Baseball is still not allowing in-person attendance for games.

By the time the Pirates got to the stadium, they had to cancel batting practice and only managed to do defensive work out on the field. They then also managed to hit inside for a while before the game began.

It has already been a challenging year for the players, and Sheldon said that the wait at the hotel with nothing to do added to the challenges the players have already faced.

Kansas City Royals beat the Pittsburg Pirates 7-4 on Saturday night and 11-0 on Sunday beating them for the 6th time in a row. Kansas City won its second consecutive series after losing its previous eight series.