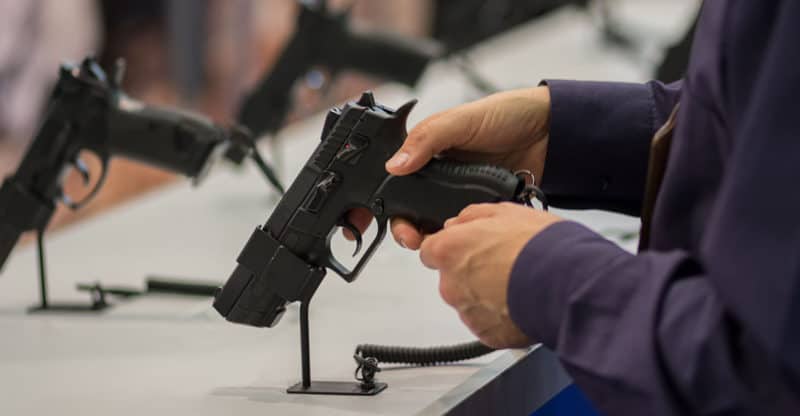 Tennessee lawmakers, police officers and citizens debated for nearly an hour at a House committee meeting over whether to relax the state’s gun laws.

The debate centered on a hypothetical scenario: A man walks into a fast food restaurant with a gun at his hip, but does not have a handgun carry permit. A customer in the store, uncomfortable with seeing the gun, calls the police.

As the law stands right now, the man might be charged with a Class A misdemeanor, and face up to a year in prison and a $500 fine.

Advocates of more relaxed gun laws argue that the man’s only crime was not having a permit, which he would have been eligible for.

Rep. Jeremy Faison, R-Cosby, and other legislators say the punishment is too harsh for law-abiding citizens who were absent-minded.

“What I’m trying to do is get us closer to Constitutional carry, and I feel like it’s a good answer if we’re not going to be able to freely carry a gun,” said Faison.

Constitutional carry, which refers to the idea that anyone except for felons can carry a gun anywhere except for courtrooms, schools and other “sensitive” locations, has been a topic of hot debate in the legislature for years.

There are more than a dozen states that have adopted the idea of Constitutional carry, and Faison said there’s no evidence that crime rates increase after these laws are in place. Instead, he argues, they simplify a complicated cluster of regulations and rules.

HB1176 is Faison’s effort to relax gun laws in the state, although the legislation is a more stringent version of Constitutional carry. The bill advanced through committees despite there being opposition from both sides.

Those opposed to the legislation say reducing penalties on gun possession to less than a seat belt violation or speeding ticket may cause problems for law enforcement in high-crime areas.