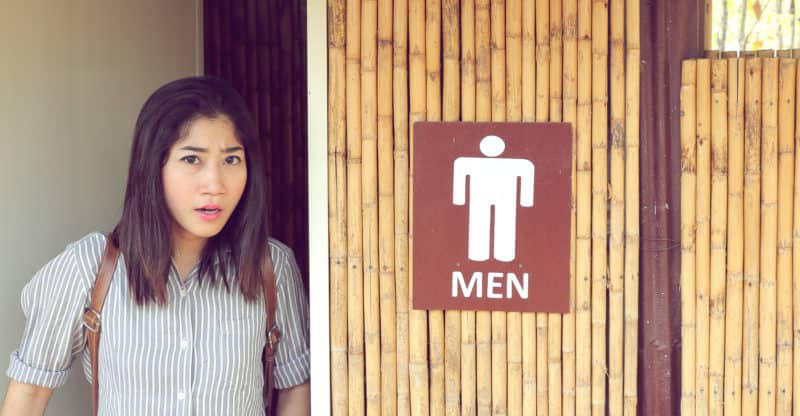 Texas is looking to pass a transgender bathroom bill similar to North Carolina’s controversial law. But the Lone Star State’s law would likely only apply to public schools, according to a report from ABC News.

Late Sunday evening, supporters of the bill tacked on the bathroom restrictions through an amendment on a separate and unrelated bill on school emergency operation plans for natural disasters.

Representative Chris Paddie authored the bill and claims it has “absolutely no intent” to discriminate.

“It’s absolutely about child safety. This is about accommodating all kids,” said Paddie.

Under the law, students would not be allowed to use the bathroom of their choosing, but may be directed to a single-occupancy restroom instead.

The bathroom bill is under criticism, with a group of women entering the men’s restroom outside the House floor to protest the bill. Democrats oppose the bill, with Houston Representative Senfronia Thompson stating, “Bathrooms divided us then and bathrooms divide us now. Separate but equal is not equal at all.”

The bill is expected to pass through Texas’ Republican-controlled legislative chambers.

Supporters of the bill state that limiting the bill to just schools is a “middle ground” and will soften many of the boycotts that North Carolina faced following a similar bill. Opponents of the bill have vowed to fight the amendments, with rounds of lawsuits stating that the amendment forces discrimination into the state’s law.

A similar measure stalled in the House, but adding the amendment onto an emergency operation plan for schools is expected to push the bill through to law.