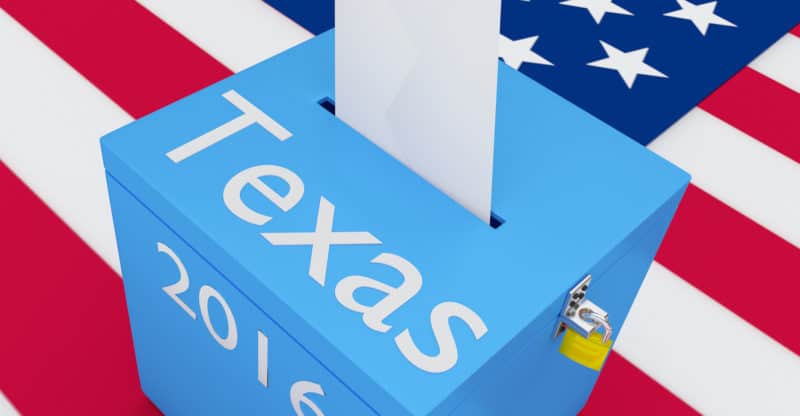 Just last week, a strict voter ID law in North Carolina was struck down by a federal appeals court panel of judges. Voting rights advocates accused state Republicans of targeting minority voters with “surgical precision.” Now, they’re accusing Texas of doing the same, according to a report from the New York Times.

In July, the appeals court ruled that a Texas voter ID law, which required voters to have one of seven government IDs before they can cast a ballot, was discriminatory against minorities who did not have the IDs. Advocates argue that the IDs are not easily obtained by minority voters.

A lower court then ruled that state officials must allow people without IDs to vote and sign a statement that they “cannot reasonably obtain” one. The state was also ordered to spend $2.5 million on educating voters about the new requirement.

A motion filed by federal lawyers and advocacy groups on Wednesday alleges that the state’s educational campaign was misleading voters into believing voting would be more difficult. The campaign omitted the word “reasonably” from the statement, so voters would be required to swear that they “cannot obtain” an ID card.

The language, the motion says, violates the court’s order and gives voters the impression that they must do all they possibly can to obtain an ID.

Texas officials have refused to change the language in their literature and on their website, according to the motion. Officials assert that the language is in line with the court’s order.

Evidence from the trial over Texas’ voter ID law showed that over 600,000 Texans do not have any of the required IDs, and a large percentage of those individuals are minorities.

Texas Attorney General Ken Paxton amplified the potential impact of the campaign’s language when he made an appearance on Fox News.

“If you sign that affidavit and you lie about not being able to get a photo ID, you can be prosecuted for perjury,” Paxton said.

A second motion was filed in Federal District Court later on Wednesday that asked the court to clarify whether the purpose of the affidavit was to verify the voter’s identity, or investigate voters who sign them.