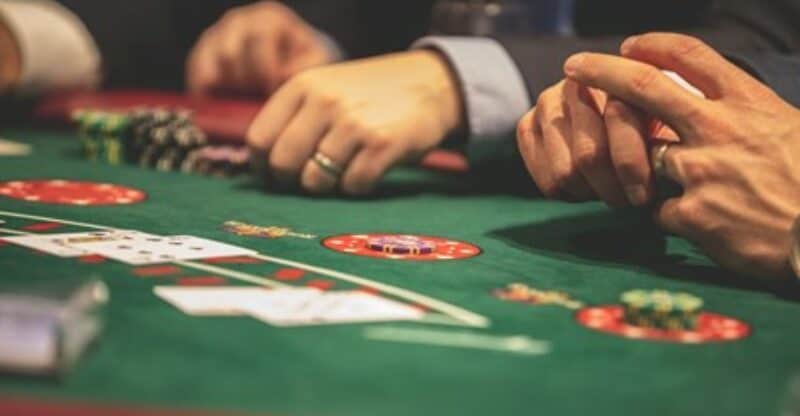 It’s one of the great ironies of the United States that across the country’s 50 states, it is far from united on many issues. This is particularly evident when one starts to examine the law – what may be legal in Maryland could well be a felony in New England. This state of affairs is an inevitable consequence of a constitution in which states are allowed to set their own laws, separate from the federal ones that govern the whole country.

The area of gambling is a particular case in point. It would be hard to find two different states in which the laws governing gambling are the same. The only exception to this would be Utah and Hawaii where all gambling is banned absolutely. Across the other forty-eight states there are varying levels of legality.

It would take many thousands of words to explain the specific laws of each state. So, for the purposes of this article, we will look at just three: Nevada, Mississippi, and Tennessee. These have been selected as representatives of a very liberal state, a moderate one and one in which severe restrictions apply.

Nevada first passed laws permitting gambling in 1931 and, until the establishment of the Gaming Control Board in 1955, it was overseen at a local and county level. Four years later, the Gaming Control Act also established the Nevada Gaming Commission that continues to control all gambling activities today.

One can get a picture of what a complex picture gaming law presents in the US by the fact that a state which generates a huge tax revenue each year, still has two activities that are illegal – lotteries and racetrack betting.

Where the state did lead the way was in 2011, when the Nevada Gaming Commission introduced legislation to introduce regulatory measures for interactive, or online, gambling. This was welcome news for players of poker games, although they have felt hard done by for a long time. Unlike other forms of gambling, it could be argued poker has an element of skill involved, so should it fall under the same laws? Nevada licensed 888poker.com post daily leaderboards, giving players the chance to win a share of $5,000, naturally, the regular winners are adamant that skill is more important than luck and they can spot a newcomer straight away, ensuring the argument over whether it should be classed a sport rages on.

For many, Mississippi will always carry the image of paddle steamers heading up and down river with casinos onboard. This isn’t without some basis in fact as many of the gambling games brought over from Europe in the 18th and 19th centuries were first played in New Orleans.

Today, Mississippi is unusual in being a state in the Deep South that still has a reasonably relaxed approach to gambling. There are a number of casinos in the state where sports and pari-mutuel betting, alongside licensed lotteries, are also permitted.

However, the Mississippi Gaming Commission forbids all forms of gambling, including poker, outside of licensed casinos and this is enshrined in Miss. Code Ann.  § 97-33-1.

In Mississippi’s neighboring state, however, it is a very different story. Tennessee, in common with many states, in what is sometimes called the Bible Belt, takes a hard line on gambling with only sports betting and certain lotteries being permitted.

Anyone caught gambling can be charged with the relatively minor Class C Misdemeanor with a fine of up to $50. Organizing games like poker to make money is a Class B offense with a potential fine of up to $250. But the law takes a far sterner view on anyone financing, owning or running a gambling business. This Class E felony can lead to a fine of up to £10,000 as well as a six-year prison term.

The problems of legislating for online gambling

While states like the ones just described having little trouble in enforcing their regulations on land-based operators, the arrival of online gambling in the early noughties presented a particular problem.

With operators who could be based almost anywhere being able to offer their games to anyone with an internet connection meant urgent measures were needed.

Attention was focused on the Wire Act, 18 U.S.C. § 1084 (2000), which forbade anyone from using a “wire communication facility” to transmit information related to wagering on “any sporting event or contest.” A House of Representatives Committee asserted that the law only related to sports betting, so another law was passed in 2006, the Unlawful Internet Gambling Enforcement Act. While this made it illegal for online operators to accept payment for online wagers and for financial institutions to process the payments, it did not criminalize online gambling itself.

Some states, such as Washington, added their own legislation to make knowingly transmitting or receiving gambling information over the Internet a felony, while others chose to keep a low profile on the subject. However, in the 15 years since the original legislation was passed, an increasing number are starting to gradually allow online gambling whilst still ensuring that there is a regulatory framework in place to ensure that it is properly policed.

The legal landscape for all forms of gambling in the US was undoubtedly re-shaped back in May 2018 when the US Supreme Court made the momentous decision to legalize sports betting. Since 1992 this had been prevented thanks to the Professional and Amateur Sports Protection Act and there was major pressure from bodies including the NFL, NBA  and MLB that it should remain in place.

But a long and concerted campaign by states, led by New Jersey, saw the law overturned. Since then, an increasing number of states have made sports betting legal. To date, 21 states have introduced sports betting with three, Wyoming, Arizona, and Washington, soon to bring it into law.

So, it very much seems like there will be a considerable loosening of the laws relating to all forms of gambling in the near future. That said, southern states are less likely to make these changes than others in the country and it is highly doubtful that there will be any change in Utah and Hawaii.

But, in other states, it might just be that both the land-based and online operators are on the cusp of a new golden age of gambling.